This algorithm is one of a variety of reaction diffusion systems that is popular because of its ability to create a biological looking pattern. 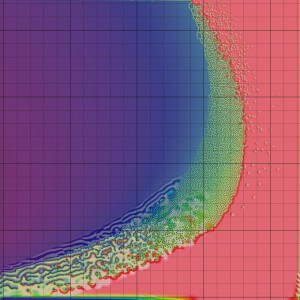 Reaction diffusion in general is the mathematical study of how substances move in space as influenced by two parameters, chemical reactions and diffusion. Each cells behavior is defined by these two variables (expressed as J and K in the Processing library Toxiclibs). The image above shows the relationship between these two variables.

Serial art is the presentation of a collection of pieces that are very similar in appearance and only gain their meaning in relation to one another. 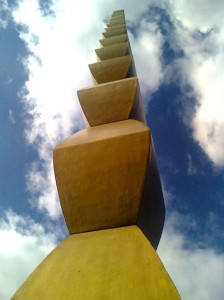 Presenting a series of very similar images or objects is an established tradition in art. It was practiced by Sol Le Witt, that composer guys and Joseph Albers. My favorite definition of it is the following:

“characterized by the nonhierarchical juxtaposition of equivalent representations, which only yield their complete meaning on the basis of their mutual relationship”.[1]

To me the practice of serial art making references the scientific practice of conducting a study. It constructs a kind of authority in it’s numbers, just as a study would. It also calls upon the computational process of making new media works. Although the afore mentioned artists all worked in physical somewhat traditional materials, the process of making computational or generative art natural falls into the compulsive iterative process.

If I could of written this whole blog post on Roxy Paine I would of.

Roxy Paine (1966) has had three primary series of work: Replicants, exact replications of natural forms, Machines, machines that generate form through data and randomness, and Dendroids, huge stainless steel sculptures of trees. My favorite series and the one most applicable to this project is machines. He has created several mechanical systems that create form without his own physical intervention. I love how these pieces exploit the lusciousness and excess of material. 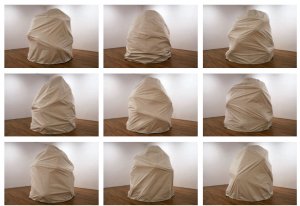 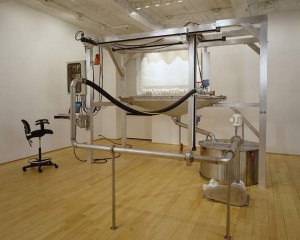 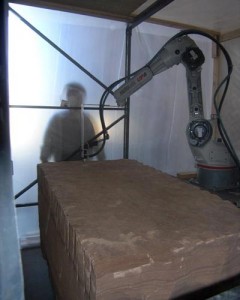