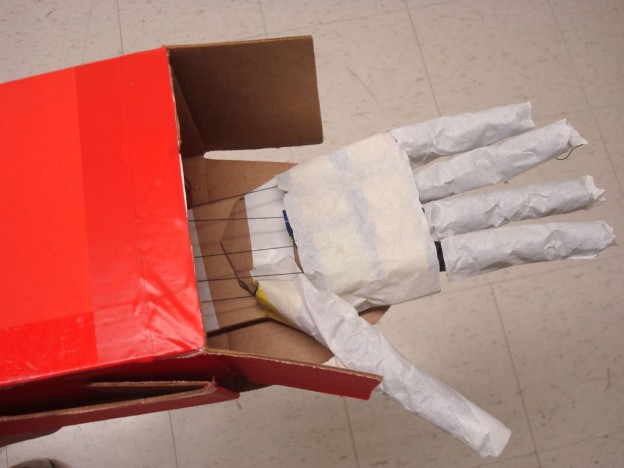 Author: Dev Summary: Public speaking isn't just audio. Hand gestures are important too. Watch my animatronic hand replay the Slap Chop commercial. Abstract: Public speaking isn't just audio. It is a performance requiring hand gestures and facial expressions. This project demonstrates a juxtaposition of hand (specifically finger) gestures with audio clips in an attempt to deliver a more compelling rendition. I decided to use the Slap Chop commercial to demonstrate the usage of the hand. In this commercial, Vince the marketer constantly uses his hands to point, wave, and slap his way into your wallet. My animatronic hand will replay his performance through finger motions. Repository: https://github.com/dgurjar/Gesture-Replay

Public speaking isn’t just audio. It is a performance requiring hand gestures and facial expressions. This project demonstrates a juxtaposition of hand (specifically finger) gestures with audio clips in an attempt to deliver a more compelling rendition.

I decided to use the Slap Chop commercial to demonstrate the usage of the hand. In this commercial, Vince the marketer constantly uses his hands to point, wave, and slap his way into your wallet. My animatronic hand will replay his performance through finger motions.

I started off thinking that I was going to create a hand and arm to teach people how to perform Italian hand gestures. I took this project on because it was an ambitious mechanical project, and I wanted to push my limits. However, since I was unable to build the arm and wrist, I changed the scope of my project to something that uses just fingers. 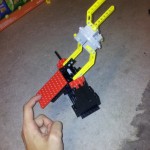 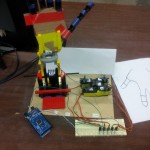 First prototype with arm and wrist 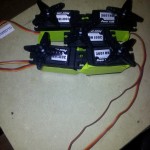 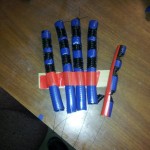 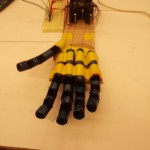 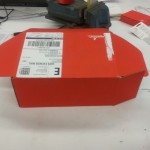 Modifying a box for the container 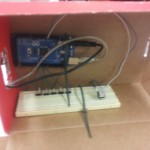 Mounting electronics into the box 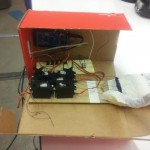 Since I couldn’t construct arm and wrist of my robot, teaching gestures was off the table. I decided instead to look into using the hand for gesture replay. The idea here was that the fingers could possibly be sufficiently expressive to augment an audio clip. Fingers would move rapidly when the speaker had something important to say. They would also relax when the speaker would take a break.

I began hunting for subjects. Naturally, I began looking at famous speeches by a variety of people. I wanted someone who would gesture often while speaking. An interesting finding – figures we associate with as aggressive tended to gesture more often than others. Here are some videos proving my point:

Aggressive speakers tended to gesture a lot more vigorously. Of these videos the best fit was HItler. And this made a lot of sense: Hitler was known to be obsessed with his image – especially before public speeches. He would ask his photographer to take snapshots of him gesturing prior to speeches to ensure that his appearance was perfected. I also liked the fact that he spoke in German. Personally I didn’t want people to focus too much on connecting words with gestures. If they were able to connect gestures with tone and amplitude I would call it a success .

Here are some photographs that Hitler had taken of his gestures: 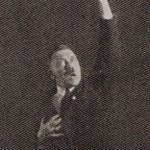 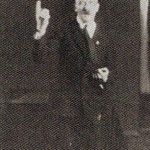 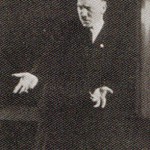 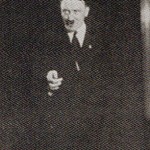 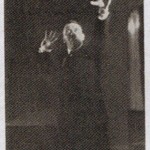 I am not an anti-semitic or neo-nazi. I originally chose Hitler because he was a recognizable public figure who had mastered gesturing. However, discussing this choice with Golan made me reconsider. This piece happens to coincide with the “Pope girl” incident which has drawn many eyes to CMU and the student responsible. Although I take for granted that people would view my art with an open mind, I cannot be sure of this. In the case they aren’t I don’t have the time to defend myself and my work.

I began searching again for someone for my hand to imitate. Golan encouraged me to find a genuine personality for my hand. After some searching I decided on using Vince from the Slap Chop commercial. In this commercial (below) Vince uses his hands to engage the audience, point and grab ingredients, and of course slap the Slap Chop. It made sense that the hands are so important in TV marketing. These guys have only a couple minutes to grab your attention and encourage you to buy.

After demoing my hand, I found that about half of my audience had seen the ad before. In general this half seemed to enjoy the piece more than the half that hadn’t. Although the hand had character, the audience really wanted to connect to what it was doing – something that is hard to do if you hadn’t seen Slap Chop before.

During some conversations the topic of Hitler gestures came up. Some people expressed that they would have preferred Hitler, but understood that it was touchy. Maybe if I had done something like what Caroline later suggested: used both Hitler and Mussolini to demonstrate gestures of Fascism as a whole  the piece would have been better understood without being too edgy. Just some food for thought.