Author: Can Summary: Why have a digital map, when you can have a physical map? Abstract: System uses socket.io to get coordinates from a smartphone, Processing to interpret the incoming data, and an Arduino connected to 4 motorized faders to move a laser-cut rail system, carrying a magnet payload - to move the magnetic dot on the printed map. Repository:

It all started with this image. 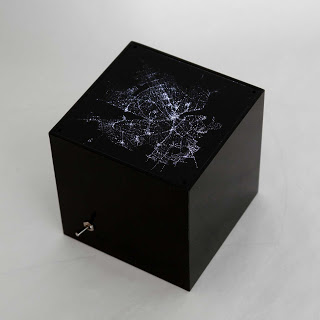 It’s an installation by Marcela Armas, called Incandescent Nights. It’s just a map, and an LED, and yet it looks incredibly beautiful. I thought it would be great if the lights actually moved. But then again that would be too digital-alike. Then I thought, why not make a tangible GPS/Map, and move the indicator dot. At first it seemed relatively hard. I needed to build an XY Plotter. Coming from a Music & Tech background, I thought of an easier solution that’d solve my linear motion problem. : The Motorized Fader. ( http://youtu.be/lj_Z3TRSExU?t=30s ) I grabbed 4 motorized faders, an arduino, and a motor shield. Measured the faders precisely for a rail system.

3 different materials, 3 prototypes, and 7 laser-cut adventures later, I had a decent rail system. 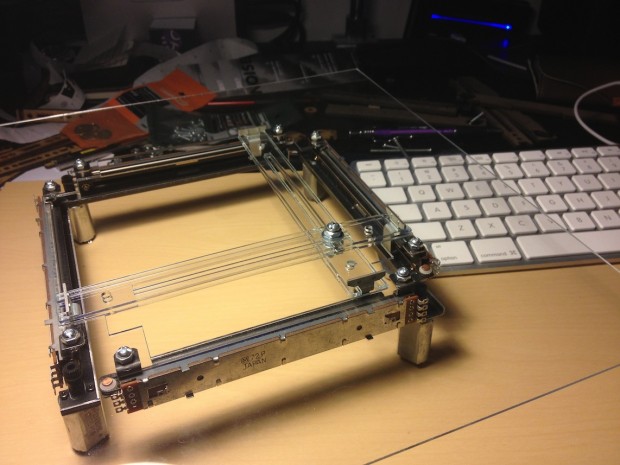 I needed a solid strong body, so I designed the main frame based on an IKEA shelf I had at home. 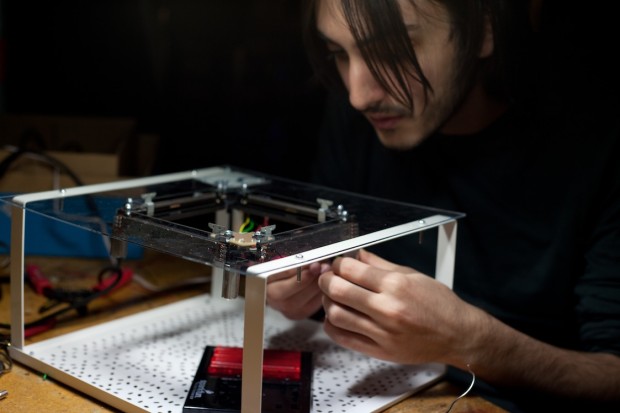 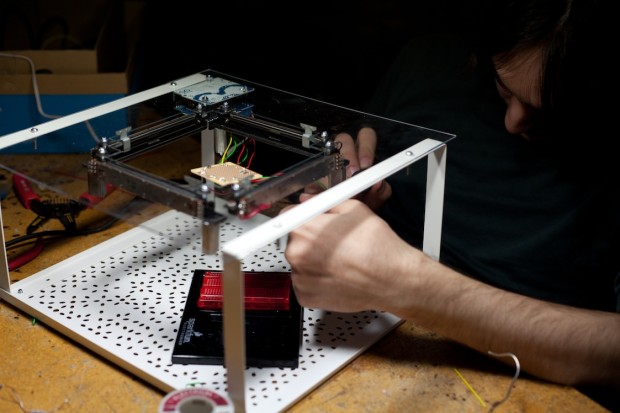 (Photo credit : Alan. Thanks Alan! – Also Thank you Meng for letting me use the codelab. You guys are awesome!)

After finishing the hardware, I started working on the software. It was relatively easier. (hardware, like it’s name was harder.)

Which required setting up a node.js server with socket.io, then reading the values from a smartphone, parsing the data using processing, and passing it to arduino. – A little more work, and I had a fully working prototype. My amazing class-mate Ziyun helped me film a video on campus.

Sorry for the video quality. It is a really hard thing to film, since the map/gps box and the person are not in the same place. I made a quick campus tour, started from CFA, went to Entropy to buy us energy drinks, walked towards GHC, and came back to CFA, to show how the system works.