Marcel Duchamp, Bicycle Wheel (1913)
There’s a lot going on in this ‘revolutionary’ work from the birth of Modernism, including the use of non-fixed form, kinetics, interactivity, and above all, readymade fabrication. There was plenty of kinetic art which followed this, but much was autonomous; only a fraction of it invited human input or operation. 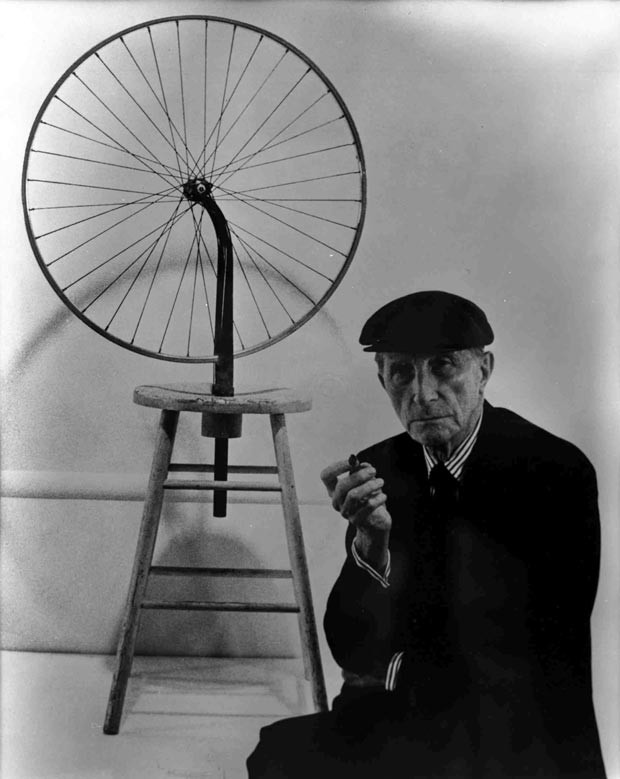 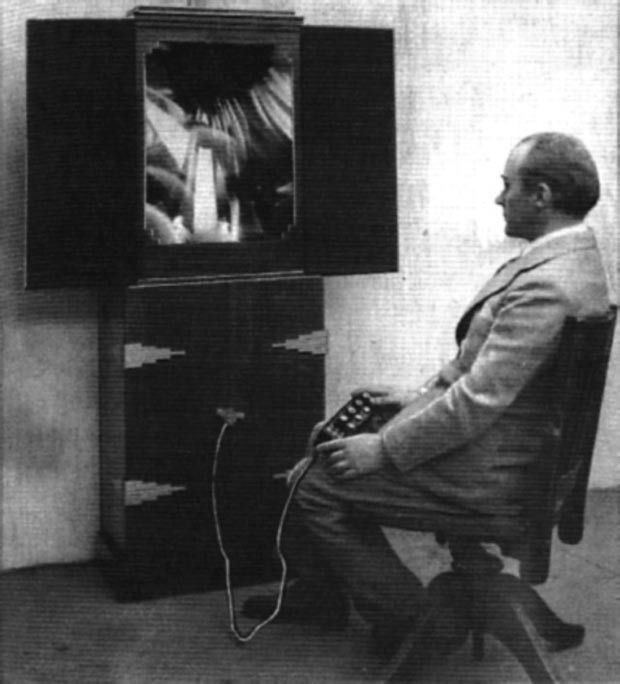 Yaacov Agam, Vibralite (1961)
Agam made “tactile paintings”: low-relief kinetic sculptures designed to function as dynamic pseudo-2D images. In this project, white cardboard circles are mounted on springs. Small air currents (or manipulations by guests) vary the image, within constraints determined by the artist. 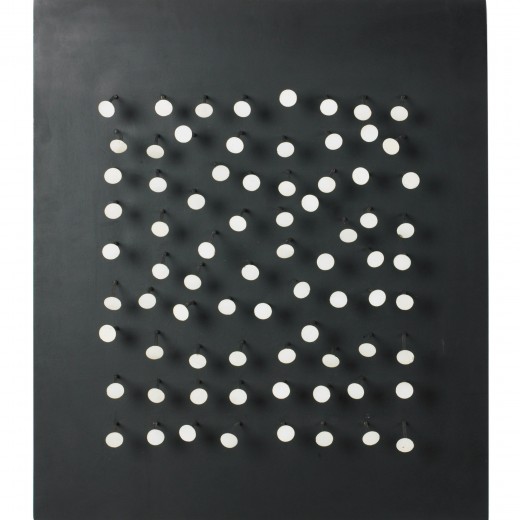 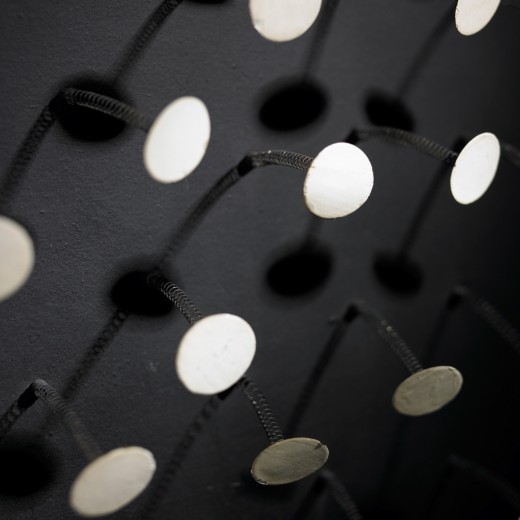 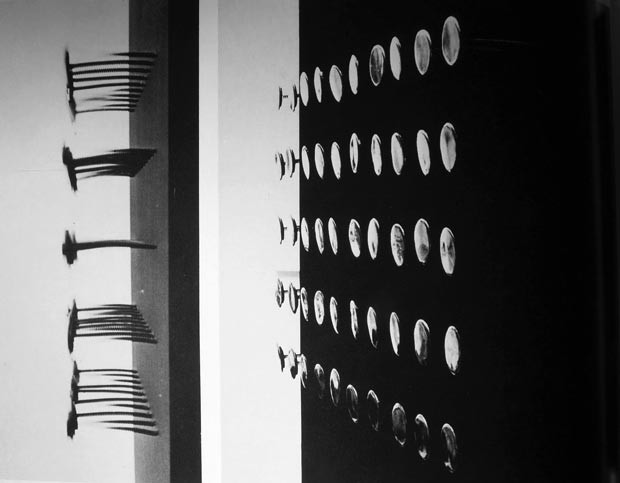 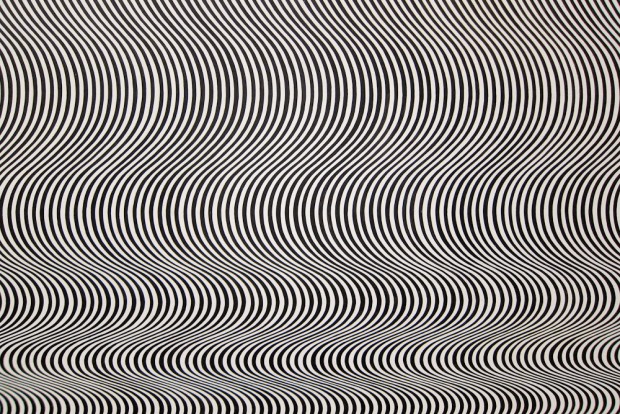 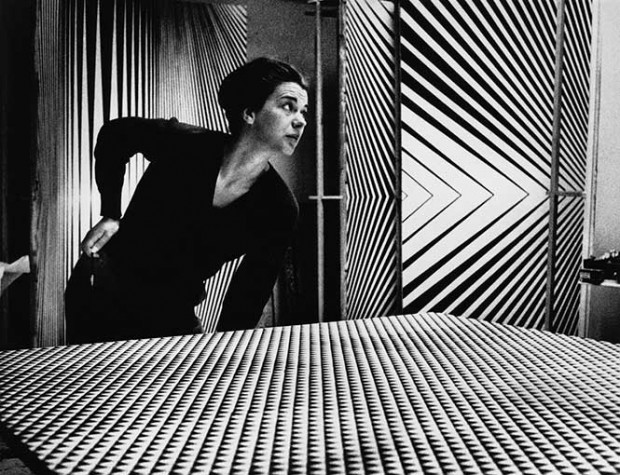 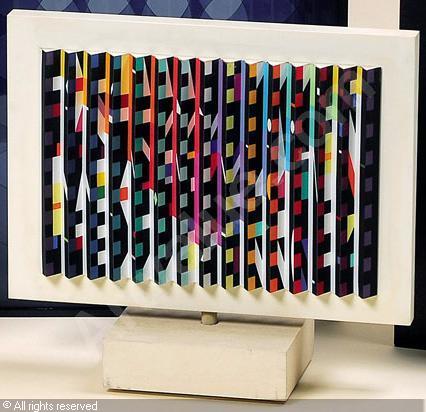 Roots of Interactive Art: in Electronic Video and Sound 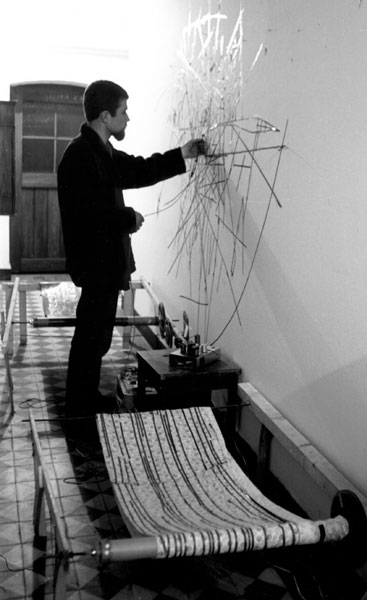 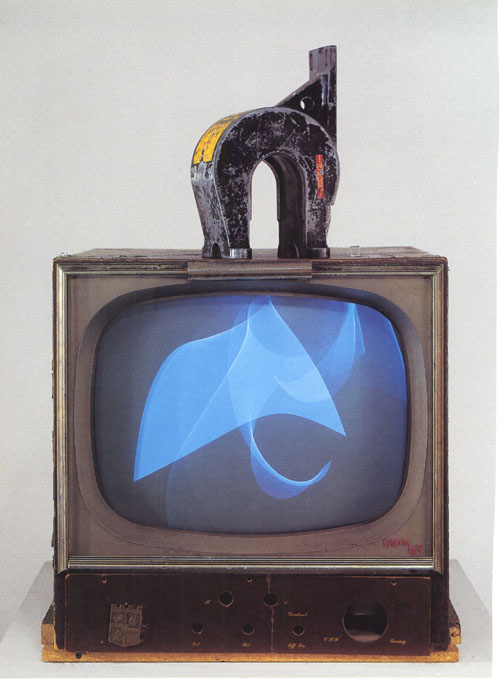