Representing time is an endless fount of innovative inquiry. In this lecture, we’ll consider alternative representations of time in history and the arts. This lecture includes materials from:

Here’s Standard Time, a 24-hour performance by Mark Formanek in which a clock is rebuilt every minute:

Joshua Foer has done such an excellent job, it is best just to link to his A Minor History of Time Without Clocks. Let’s pay special attention to the following:

The Human Clock is a clock made from crowdsourced photographs. The Photo’Clock is similar, by Mono-1.

Another, All the Minutes is a clock comprised of tweets about the current time.

A well-known ‘crowdsourced’ clock (in a different sense) is Christian Marclay’s Clock, a 24-hour film made up of six or seven thousand clips, each of which either says or displays the (actual) time of day or makes a cogent reference to time.

I have a hunch these clips won’t have a long lifespan on that video hosting site.

Let’s start with something simple. In The Colour Clock displays the current time as a hexadecimal color. Hours = red, minutes = green, seconds = blue. There you go; glad that’s over with. In case you were wondering, more than several people have thought of this. Low hanging fruit. 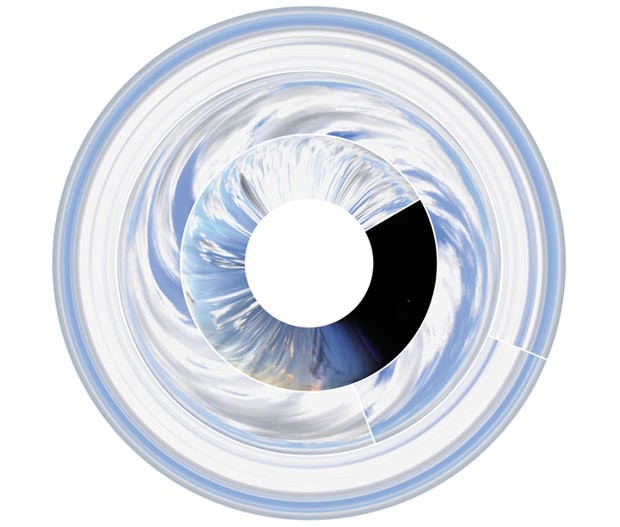 Quasimondo’s Clockr no longer seems to be operational, but it used the OneDigit photopool at Flickr…. you can imagine it.

Another elegant software clock is Dot Clock, by Vendian, which uses one dot to represent every second in the day: 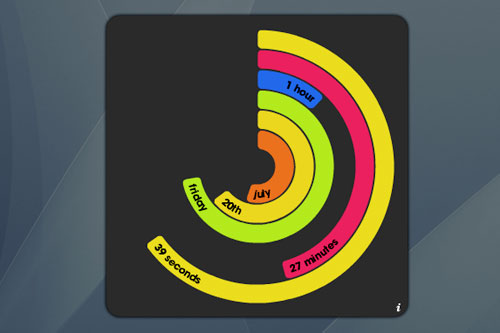 Here’s an interactive clock (Java applet) I created for John Maeda’s assignment in 1999.

My student Greg Vassallo made this in 2005 (show Processing applet) 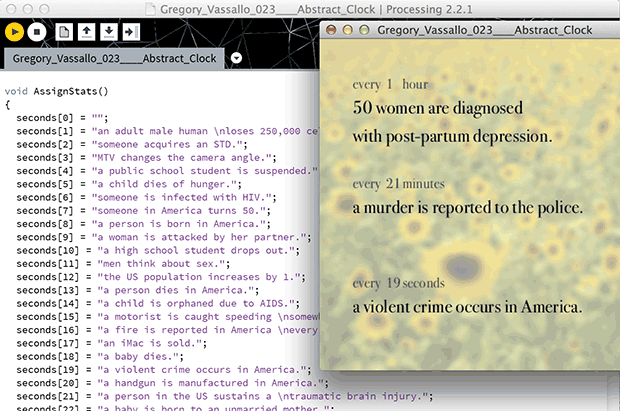 My student Lee Byron made this, Center Clock (Java applet) in 2006:

A sundial watch is not such a crazy idea. Here’s a new version from the creative people at P9:

Many of you probably know DropClock:

The Clock Clock, by the Stockholm-based designers, HumansSince1982:

These humans aren’t messing around. Here’s their “A Million Times” clock:

In this clock designed by Giha Woo and Shingoeun, a single spiraling arm indicates the time in different countries around the world, simultaneously.

Taiwanese designer Yen-Wen Tseng has designed a clock, “Hand in Hand”, where the hands are linked by two more pivoting arms: 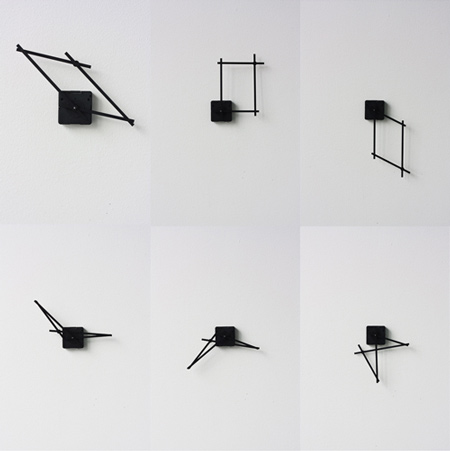 Dutch product designer Sander Mulder has designed a wall clock, “Continue Time”, with a single, articulated arm that can display hours, minutes and seconds all at once. The lightning-shaped mechanical arm continually changes shape over a 12 hour period (jump to 1’00”):

In some situations, it may not be necessary for a clock to “work” mechanically in order for it to “operate” powerfully. Below are clocks which are frozen at 8:15am, the moment when the Hiroshima bomb detonated, when Kengo Nikawa’s pocketwatch stopped forever.

In another situation, a clock may simply be working so slowly that it never appears to be working in our lifetime. The Clock of the Long Now, designed to last 10,000 years, ticks once per year and chimes once per century. As such, it fosters long-term thinking and remains an important symbol of hope for the future.