Bot Luminaten welcomes you to join the Illuminati with a personalized ambigram.

I made a twitter bot that welcomes people to join the Illuminati in return for an ambigram of their twitter screen name. (code here) 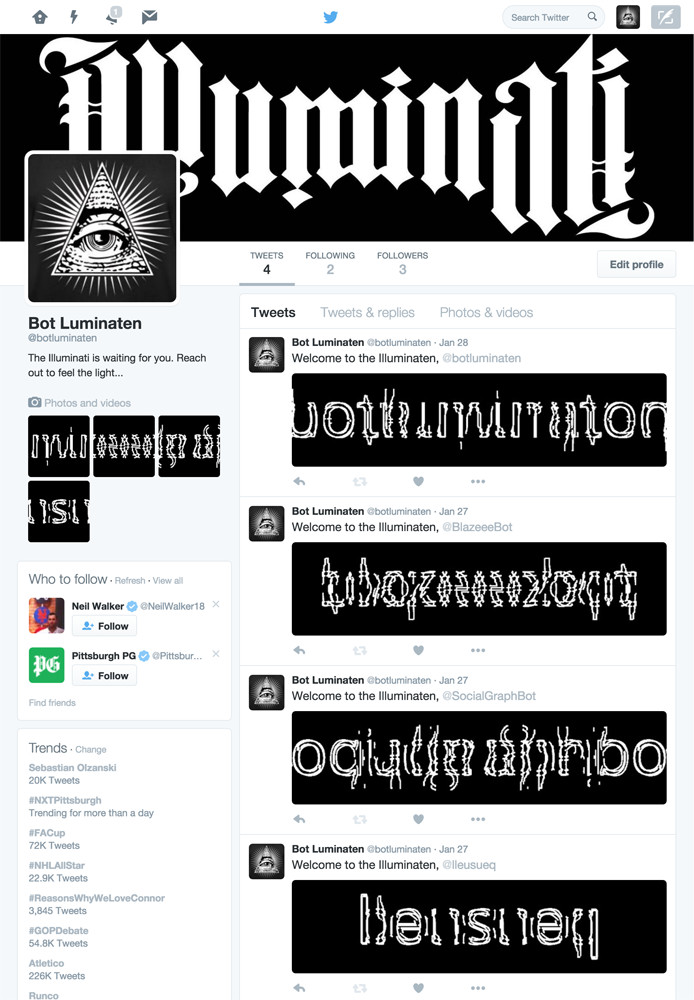 Making this bot for me was more of an exercise in learning some node.js. The bot produces work on a cause/effect basis depending on followers. If I were to make another, I would reconsider how it creates content to draw the largest crowd.

This bot is half interactive, half image bot, according to Michael Cook’s taxonomies of bots.

Many thanks to Dan Shiffman for an amazing Twitter Bot tutorial.