My bot is called blessedbot. Its URL is  http://twitter.com/blessupbot
blessedbot delivers bits of random inspiration sourced from #blessed tweeters.

My bot plays with the inspirational messages, bits of “blessed” goings-on that people post about. The images reference the generic photos spread around blog sites and pinterest boards that have an arbitrary scenic background with a piece of white text overlayed that is supposed to inspire the reader and feel deeply meaningful. Scroll through here for an example of what I’m talking about.

The background images come from a scrape of Instagram photos that are tagged under “nationalparks”. Using Processing, Temboo, and Node, I randomly overlay two of the images, blend them, overlay a recent blessed/blessing/#blessed tweet, and tweet it myself. The result are some artificially generated inspirational posters.

As far as my categorization of the bot (according to Cook), I call it a combination Watcher/Mashup/ImageBot. Watcher because it looks for a specific kind of activity on Twitter; Mashup because I’m very literally mashing together sets of social media image/text; and Imagebot because of the imageness. In terms of aesthetic of the bot according to Cook, my bot aims to mirror of a genre of Internet culture. In combining what people think is blessed in their day/life/etc which picturesque background images, absurdities, humor, and sometimes insights emerge. 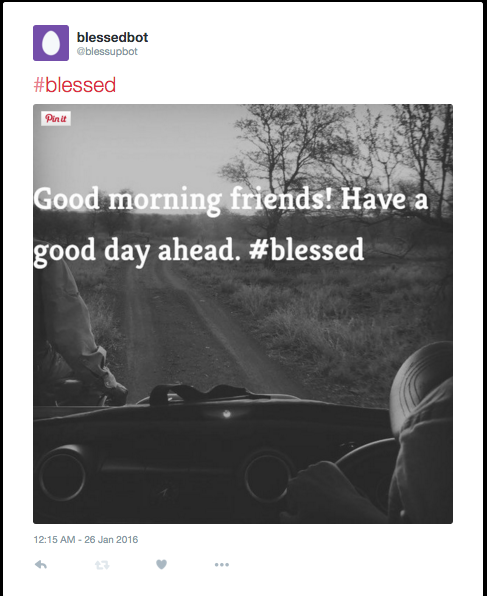 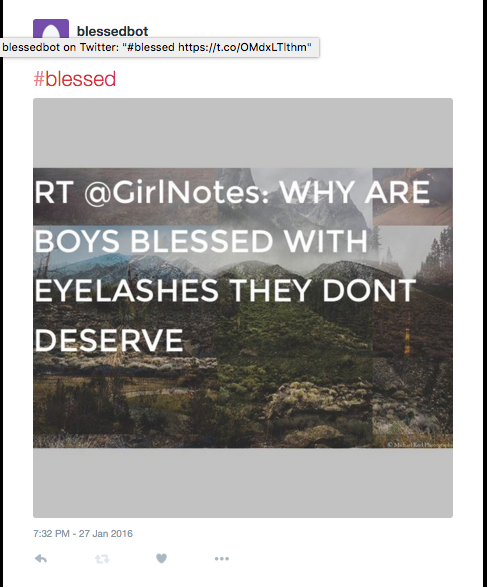 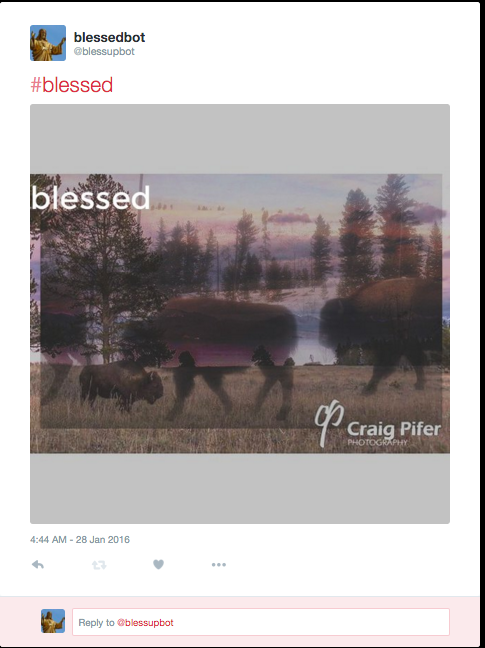