In late summer of 2009 I saw an exhibit at the Wood Street galleries featuring a piece by Marnix De Nijs and Edwin van der Heide called Spatial Sounds (100dB at 100km/h). The piece consists of a speaker, mounted at the end of a roughly 10 foot arm, which can be driven to rotate by a powerful motor. The speaker has ultrasonic sensors on it facing outwards and can detect the presence of a person nearby, if it is facing towards that person.

The work has a fence around it for safety—the 100dB at 100km/h part of the name refers to the fact that the speaker’s top speed is in fact 100km/h, or roughly 62mph. This is extremely fast for a heavy metal and wood thing to be moving at close proximity to humans in a gallery space (or in any space)! 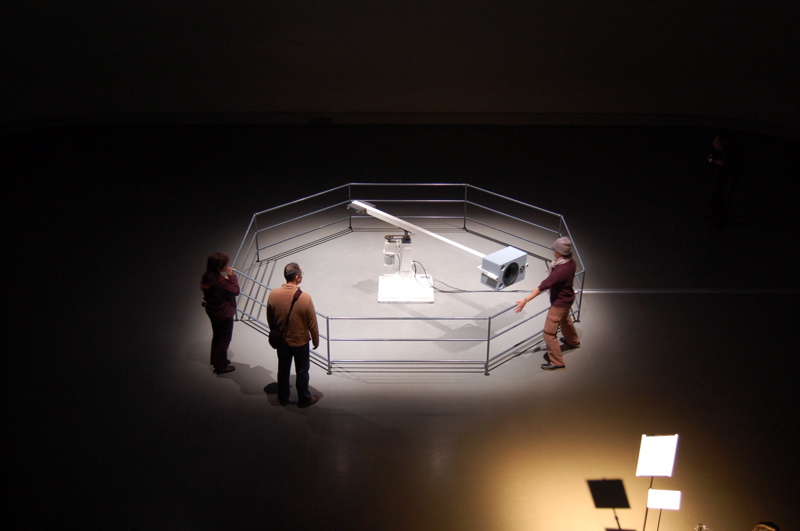 The piece sometimes behaves curiously, following visitors around, and then sometimes behaves capriciously, starting to get louder and faster. The behavior is hard for a visitor to discern, and of course since the device has no way to emote beyond moving and making sound, it’s somewhat opaque in its presumed emotional state. It can be quite frightening, in fact, moving very loud and fast, in very close quarters. I think it’s a great piece of art. And it’s totally scary.