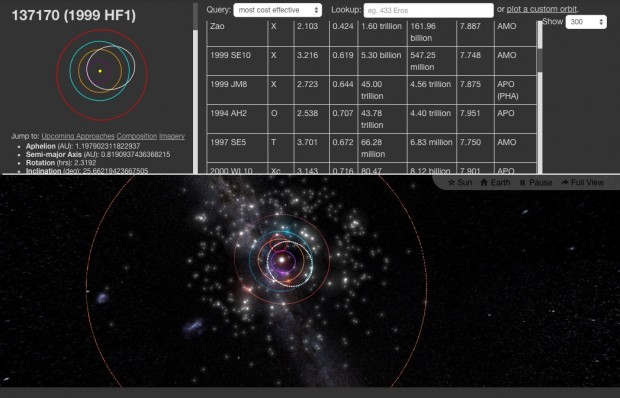 It turns out that the asteroids in our solar system are worth a lot of money – they’re full of rare materials that we’re going to run out of on Earth someday.

This website has a map/visualization of asteroids that are good candidates for mining.

Asteroids are elevated from mere space rocks to interplanetary glowing pots of money!! Soon enough, Elon Musk will bring them home to us, and we will all be rich.

Is this the first time a map of space has had this political/economic implications for us on Earth? (colonization and corporatization of space? should we do that? I’m not sure. it could be a good thing! or a bad thing! I don’t know!!) 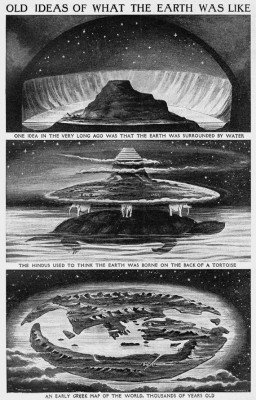 But it turns out that our maps of the cosmos have always been very politically charged. The structure of the cosmos varied drastically depending on what religion you were following, or if, much later on, you subscribed to a more mathematical model after the telescope was invented.

Nowadays, the way we imagine our place in the cosmos is realized through data, empirical data collected with advanced instruments by clever researchers. So our contemporary view of the universe should be objectively correct, right? As we’ve seen with most data viz, this is never really the case. 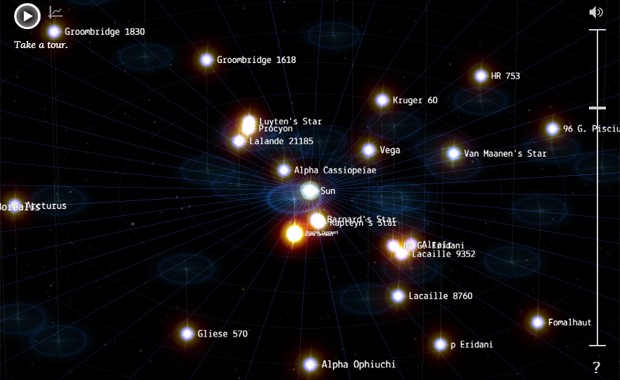 At least now we can be assured that we don’t live on cosmic turtles or at the base of mystical trees – instead, our cosmos is virtual, made of data and information, only manifesting itself through our 3D graphics libraries and laptop displays…