Ok, pick an address, and this app will show you all the roads, green space, and buildings, and show you what percent of that area is each. 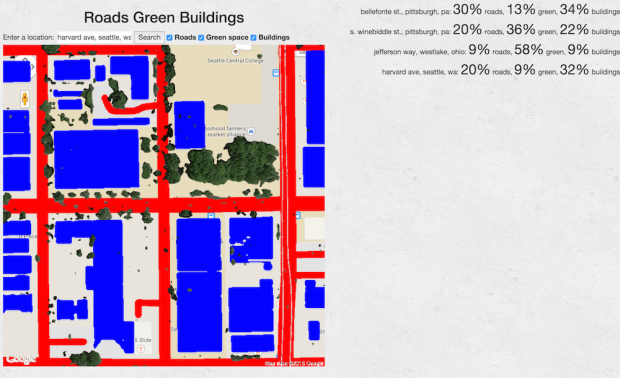 What is neat: I’ve lived in two places in Pittsburgh. I had no idea that my current place in Shadyside has way more buildings-per-square-foot than my old place in Bloomfield. In a sense, my place in Seattle was just as dense as Shadyside. And my parents’ house in Cleveland is, now quantifiably, very green.

Hey, I’m moving to San Francisco for the summer. Where should I live? 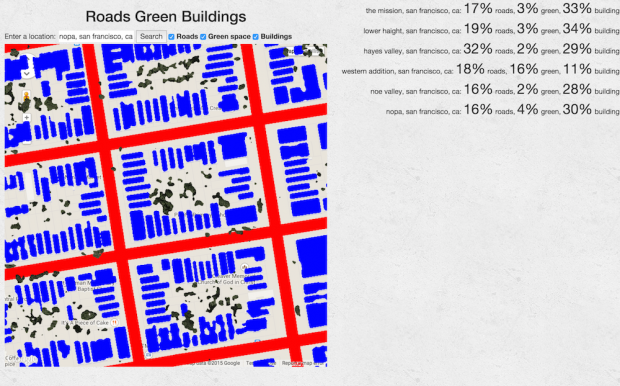 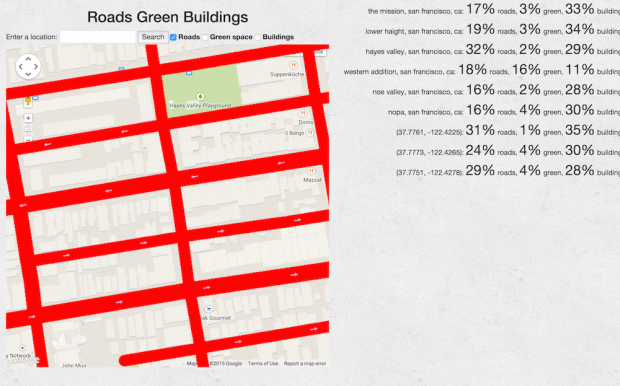 Huh. Panning around Hayes Valley, I keep hitting road densities in the high 20s or low 30s, while other neighborhoods are ~10 points lower. Seems there are more bigger roads there. That’s a good thing to keep in mind.

Anyway, there’s a ton of stuff I’d like to do with this in the future: