Current Status: I started this project on a linux system and have attempted to transfer over to osx with extremely poor results. First copying from git and simply running the openframeworks project resulted in errors I couldn’t work around, so I rewrote the of program to get the leap data and send it over OSC. Ok, now that that is working my pd patch should work exactly the same because the messages are exactly the same before… NOPE! For some reason, Pd-extended is only receiving OSC about 4 seconds AFTER I REMOVE MY HANDS from the leap’s view. It just gets a shitload of data spit out together. So I check and see that pd vanilla 0.46 has a new built-in osc parsing object and test it out. After the initial test it seems that this will work and proceed to completely rebuild the pd patch because, naturally, I can’t just open my pd-extended patches in pd vanilla and I can’t copy/paste either, great. After that was done with, what do you know, Pd is totally shutting down my OSC parsing, this time when DSP is turned on! The same thing as before, about 4 seconds after removing my hand from the leap’s view, I get a lumped together a bunch of osc data. I tried installing jack to see if the issue is with pulseaudio but the result is the same. That’s where I am now, totally frustrated.

On a different note, I’ve been giving some thought to the gestures I want to implement for sound design and manipulation. Here are some illustrations, hopefully they’re self explanatory and thus appropriate for the task. 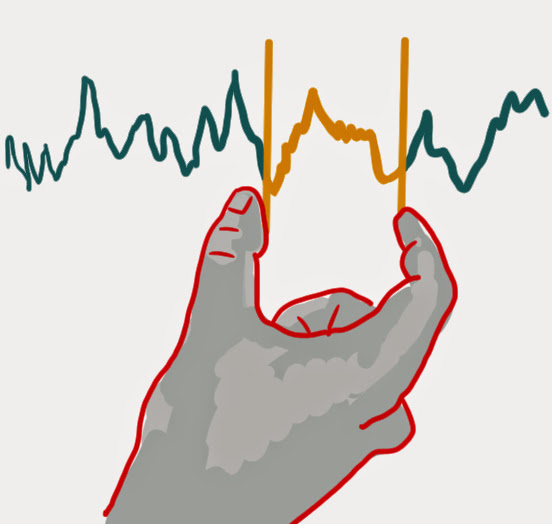 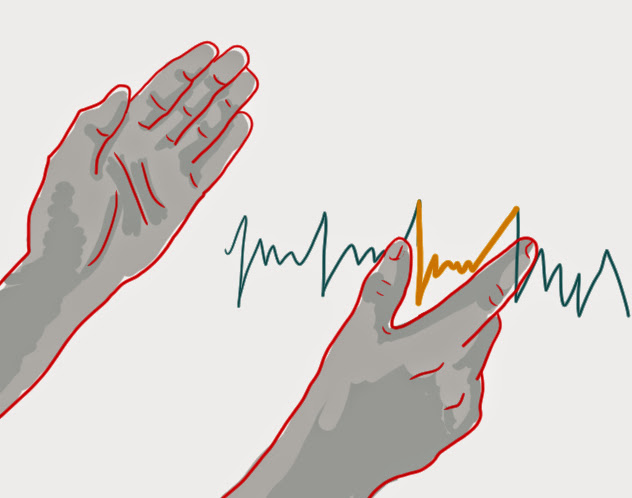 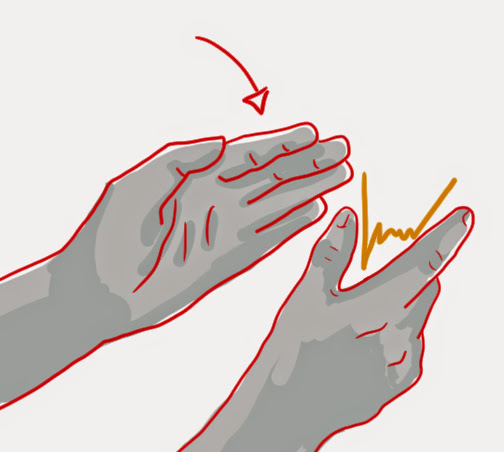 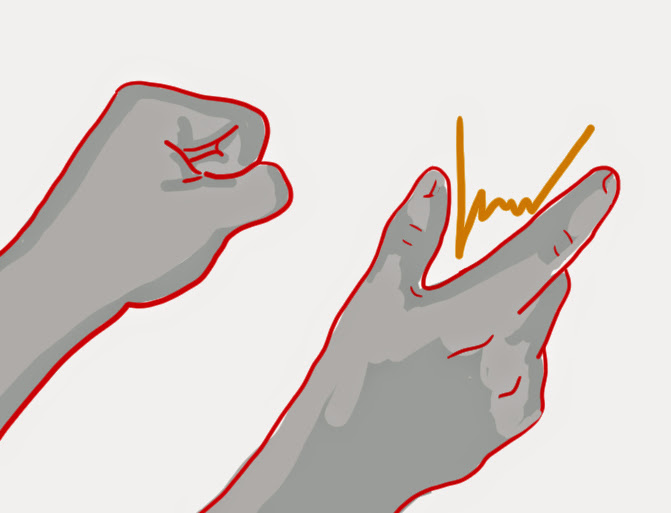 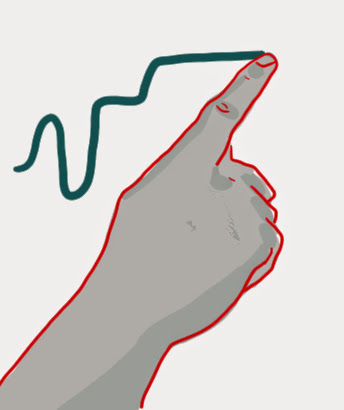 Here’s one that’s not self-explanatory, but I’m inclined toward it anyway. 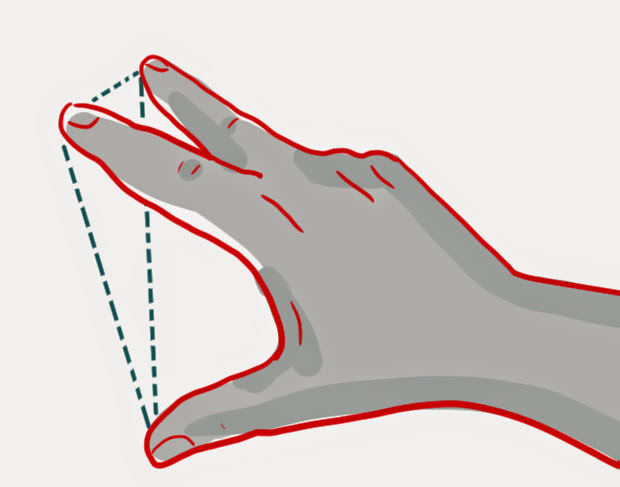 Here’s some of the research I’ve done, mainly comparing systems the use gloves vs no gloves for sound synthesis. It’s very light on the gesture side of things but I’m working on that.