Earth, A Primer. A generative simulation that works as an interactive textbook showing how terrains are formed.

I’ve always been interested in generative terrain, mostly in the context of video games. There have been many examples of terraforming in games. Early on in the Simcity 2000, you were able to change the terrain in which you build your city. That involved height adjustments and ways to paint on foliage. There have been more games released since then that do a much more sophisticated job and have their core mechanics focused on terraforming. From Dust introduced more interactions between different types of terrain, such as water and lava creating soil. Then there are examples such as the siggraph demo with the kinect sandbox -https://www.youtube.com/watch?v=a1M3ZtXV7_k

The special part about Earth, A Primer, is its focus on making accurate depictions of terrain interactions. I’ve always thought a lot about the sketches that we are required to draw. I’m used to coding generative forms, then finding interesting aspects of it to emphasize. It was rather strange to require sketching for generative forms since you don’t always know what they look like. The terraforming involved in SimCity 2000, From Dust, and Kinect Sandbox are not really the most realistic depections of terrain. Earth, A primer makes me feel that there is a value to sticking to specific plan rather than finding opportunities in generative form. 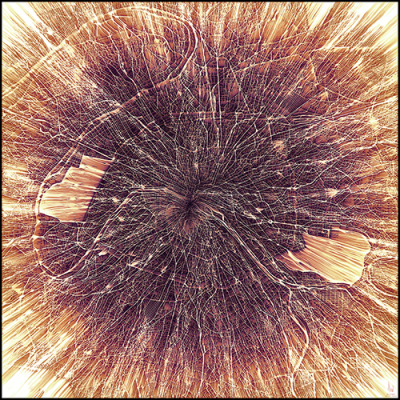 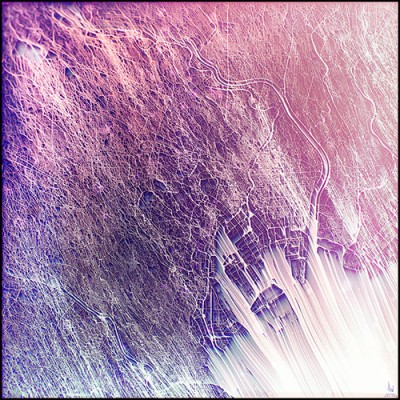 Here’s a generative art piece in which the artist did no coding. This guy took images of maps and applied them as a sort of bump map inside a software called World Machine. World Machine has been used by game companies such Microsoft Games, and graphics companies such as Nvidia. Its quite an amazing software but produces rather ugly results without using any post processing. He does some sort of blending with the maps and the terrain generator to create these bleeding map images.

There’s a bit of conflicting thought to my attitude towards this piece. My initial response was, wow that fractal really reminds me of civilization and thats really awesome. However, I found out that they were not fractals at all. Instead, they are just maps mixed with a terrain generator.

I’m still uncertain whether I care more about the process or the result. When I first began making procerdural work, I thought thought it was important to make everything out of code. However, as I work more in practical environments, I realize that making procedural objects in games often take more time than modelling the objects themselves. I started shifting towards modelling objects and focusing my code to enhance the material and rendering. I got more of a “the result is more important” attitude.