Projects – State of the Union

There is an opportunity to do a text visualization of the State of the Union speeches and letters that closely connects and displays presidents’ individual words with measurements of the uniqueness of those words. Most mainstream visualizations of State of the Union text, focus on providing summary statistics of interesting words and their locations. Most of these visualizations miss higher level sentence and paragraph analysis as well as hide the president’s actual words.

Showing summary data removes the immediacy of the speeches as well a removes the context that the presidents were writing in. 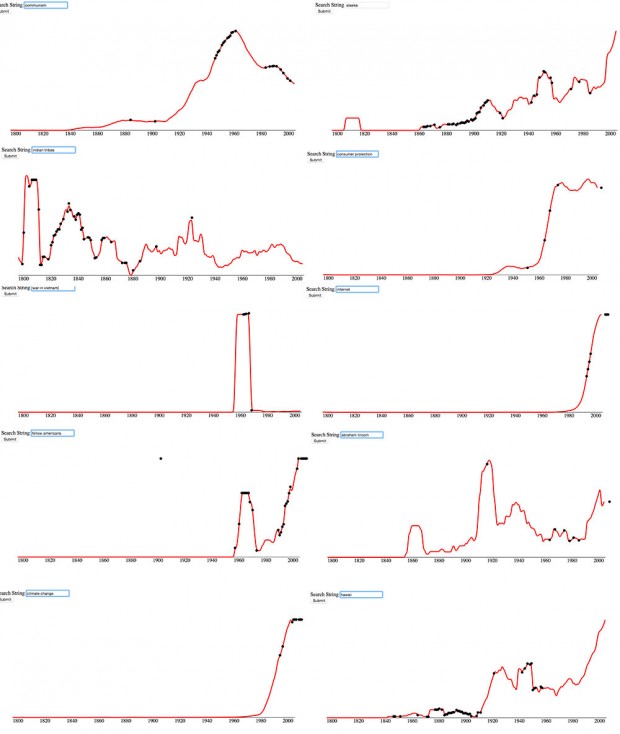 Below is another code exploration that uses layers of text to explore how phrases have been used used over time. I like this concept a lot because it brings the actual sentences to the forefront. The layered visualization is a bit over-the-top but it would work effectively to transition between speeches. 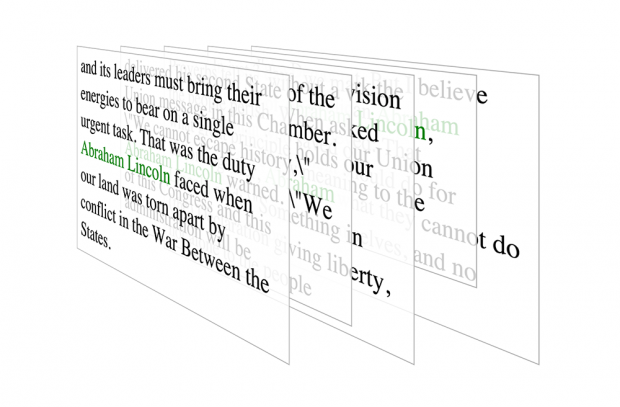