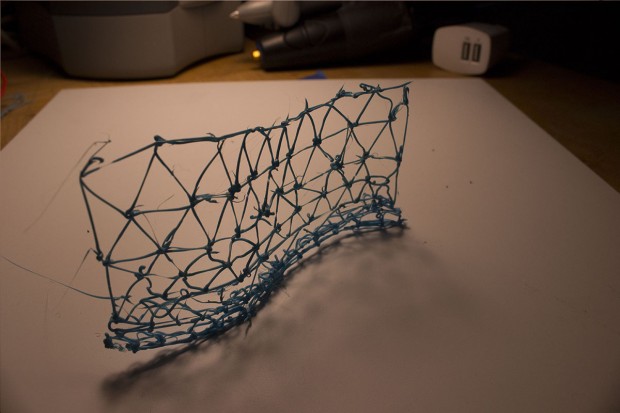 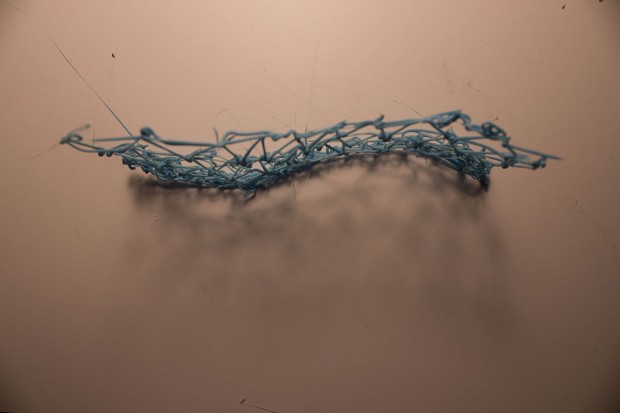 My project speaks to the lack of symbiosis between the processes of design and fabrication. Prototyping plays an important part in the creation process but shows a rift when the designer is consistently modeling in the computer and then printing the model before being able to react to the creation. This proposal offers a method for combining the output and computer-generated design process into a more fluid step that can feed into itself for a continuous feedback loop of designing, creating, interacting, understanding, and then re-designing and re-creating, and so on. 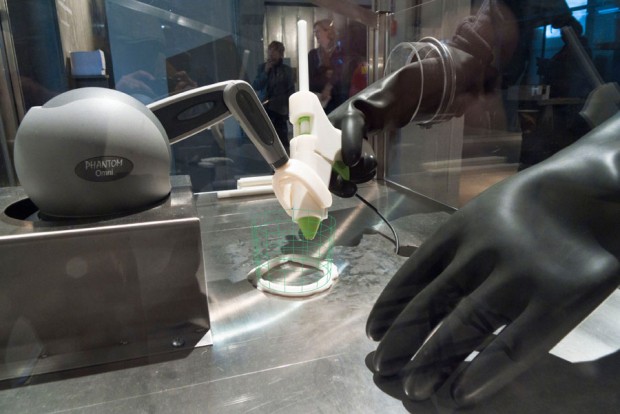 This project allows human touch into the efficiency of machinery using the same haptic feedback pen that I am using. The difference between this project and mine is that the user here becomes a part of the machine output, with no true design input themselves other than their human error. 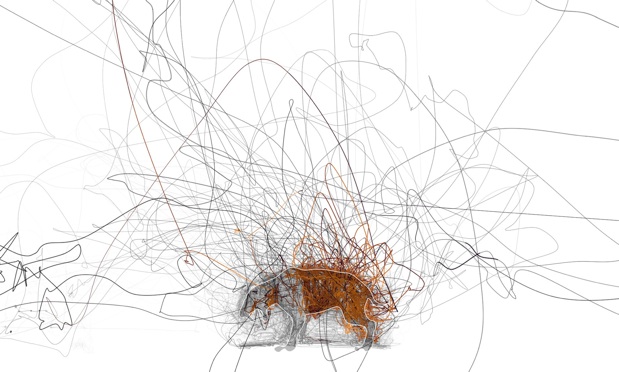 Amit speaks to my interests further through his use of the magnetic tracker that prevents the dremel from running into the material being sculpted. The model being tracked virtually is one designed by the sculptor as well, further aligning with my project goals. The real difference here is that mine uses an additive process, something Amit actually documented as a prior goal, before switching to subtractive. 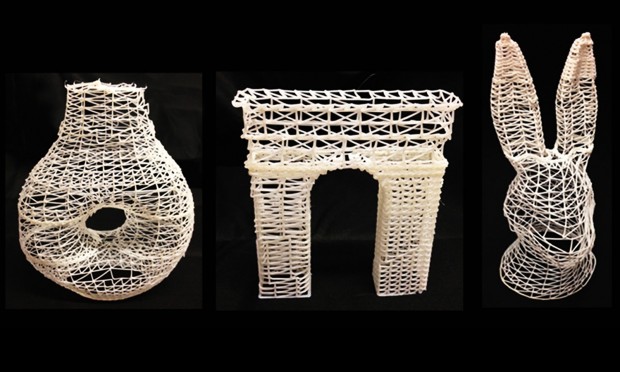 The notion of wire-frame printing is not lost on me regarding my project, thanks to Stephanie’s work. This option provides a simple solution to speed-prototyping, and could be expanded upon in my project with the touch of the hand and the approach-ability from multiple angles. 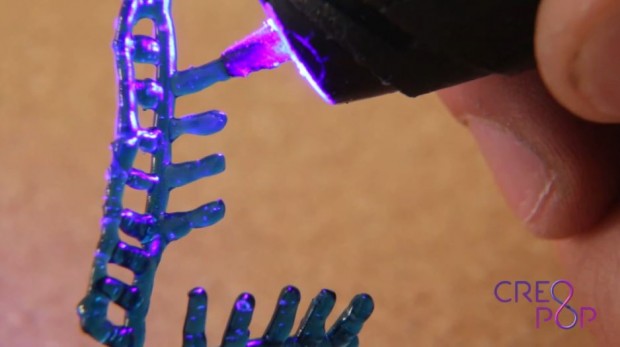 CreoPop is going to give me a huge advantage over the ABS printing pens, assuming it works as advertised. This pen seems to work faster than the pen and hardens a thicker amount of output instantly which allows for a more rigid creation than the stringy and still half-melted plastic strings that have just escaped the 3Doodler.