SkyComics is a platform which enables users to draw fully surrounding environments and view them.

For the final critique I have made a project which enables the user to draw on a cube map. The user can then export the cube map and edit the PNG file in any way they see fit in order to add to the environment with more extensive tools such as photoshop. The editor is also capable of loading a cube map from an image with the same layout style. Below is an example of a cube map compatible with the editor 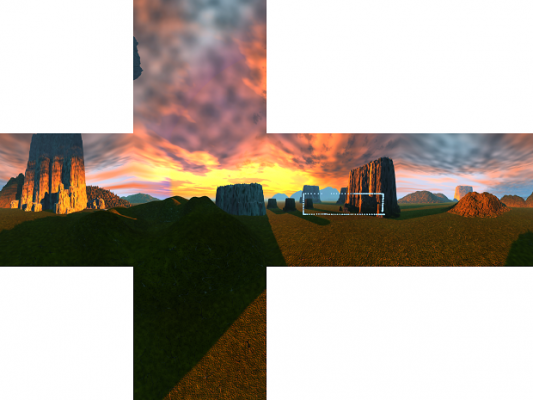 The editor allows users to select a color and draw lines directly on the surrounding environment. The user can view the environment in the editor with simple click and drag panning as well as scrolling to zoom in and out. It is also capable of placing guides which can be positioned and rotated by the user. Below is an example of a cube map with guides added. 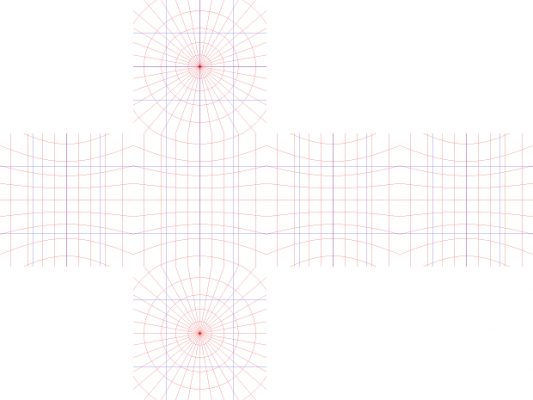 This is a screenshot of the editor running in the browser 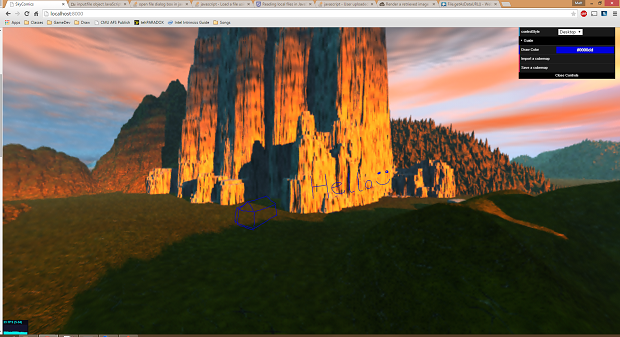 This project is part of a collaboration with Caitlin Boyle in order to make an hand-drawn comic which users can look around and explore. Due to this the viewer aspect is important to the project.

The second part of this project is the viewer. For this I will be able to reuse a large amount of the code from the editor. Unfortunately, one of the last parts of the project I was able to get working was the importing of a cube map from the save formatting. This kept me from making progress on the viewer as it was a very necessary aspect. Now that it is possible I will be able to commit time to making the viewer work before the exhibition on Friday. This will also entail adding the ability for it to click on areas to navigate to other scenes or play sounds.

The editor can be seen online at SkyComics