Description: Online dating is a waste of time. So why waste any time on it? Give us a tweet and we’ll put together a profile for you!

Through a couple of iterations on this project I essentially reversed the goals that I had for my bot, and was much happier with the final result than the intermediary stages.  Initially I thought it would be interesting to explore the juxtaposition of two pseudo-randomly combined pieces of information (trending news and obscure hashtags) in order to see what people would read into connections that weren’t really there.  However, after reading about bots, the idea of quality over quantity really stuck with me as something to strive for.  Was there a way to have people read into connections that weren’t there, without a high volume of nonsense generation?

By utilizing social norms for how tweets are constructed, I was able to create a “dating profile generator” which filtered for tweets without any sort of @ included in them.  As a result, these tweets are generally exclamatory for the world.  Questions were written to expect this style of answer, and the result is what appears to be a dialogue between randomly selected questions and tweets. 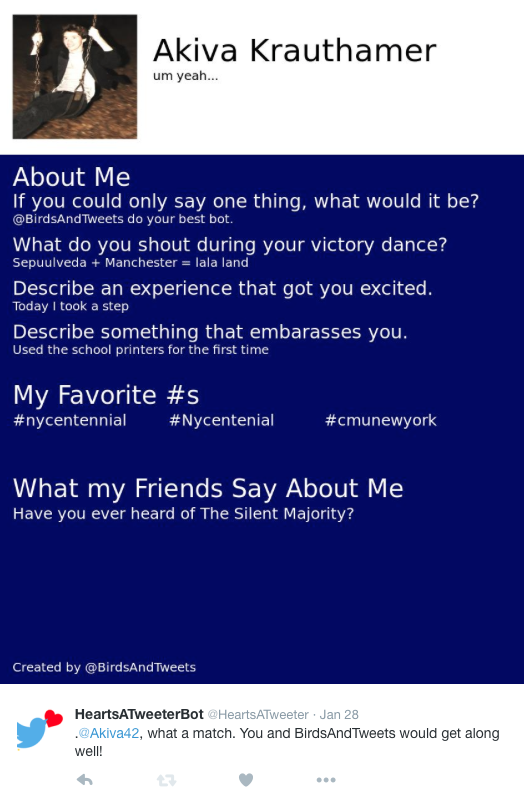 Taxonomically, my bot is an Interactives Image Bot.  Users are encouraged to interact with the bot because the profile it generates is tailored specifically for them, and humor generated by combining the “dating questions” with the users tweets is likely funnier if it is about them as opposed to a stranger. 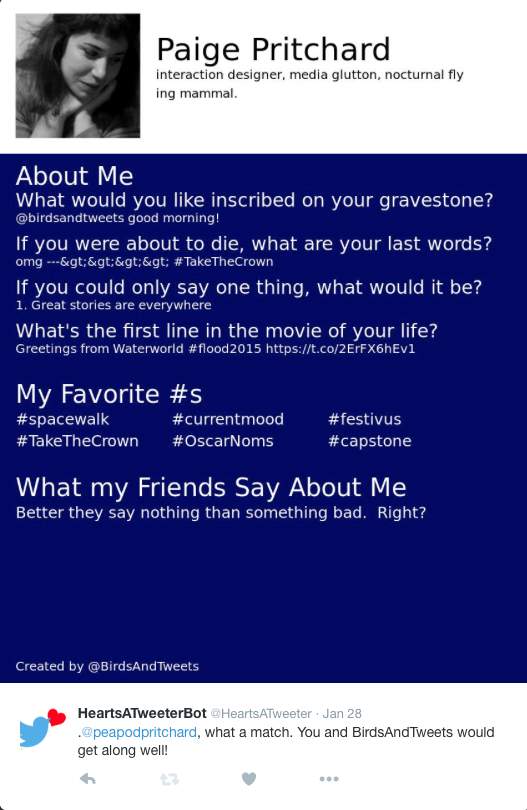