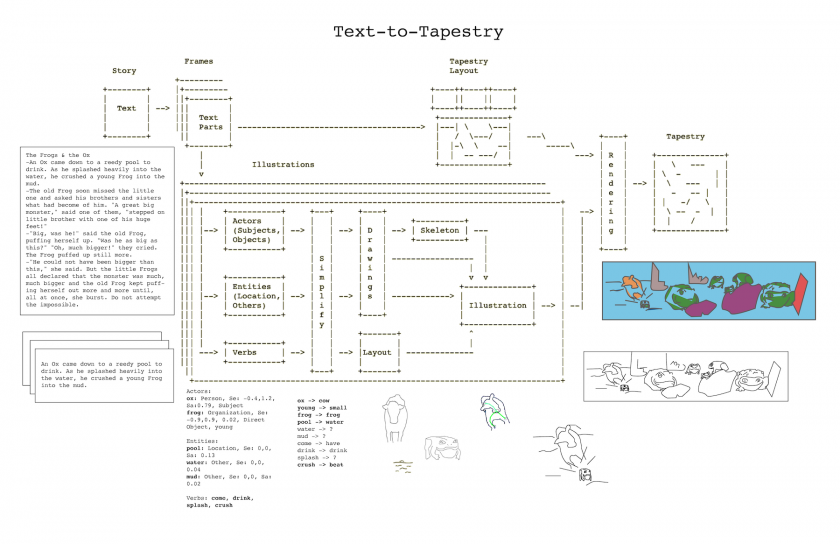 I am taking a pass on this assignment, but I am working on an idea for the final. It is a system that boils down long passages of text into a series of simple illustrations.

It is somewhat similar to TransProse by Hannah Davis, except for pictures. There are projects that generate illustrations for objects, or translate a sentence into an image or scene. But, this system combines a number of technologies to convert arbitrarily large amounts of text into arbitrarily large illustrative images.

Someone could make an illustration mural of their favorite story, or create a wallpaper from a corpus of Aesop’s fables. They could write a story and see it illustrated live. A newspaper could be converted into comic strips. A room could be completely covered with cryptic stories generated by a machine learning algorithm (something like discovering a secret room in a tomb with a language you vaguely understand).