Last Friday I found some wacky stuff in a piece of Ibuprofen.

Here’s the Ibuprofen tablet at a recognizable distance: 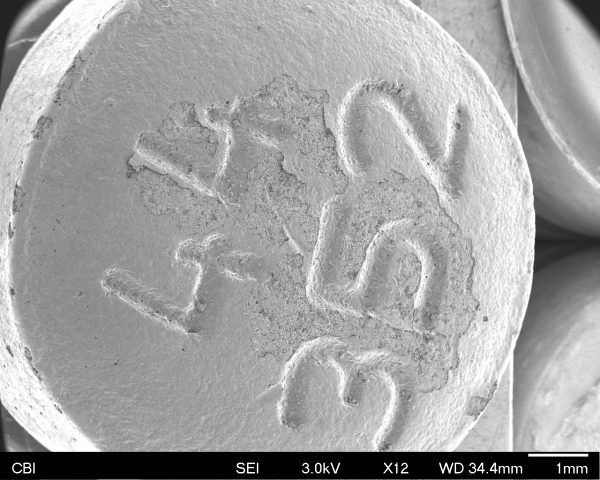 Here it is way zoomed in on some of the chipped off area: 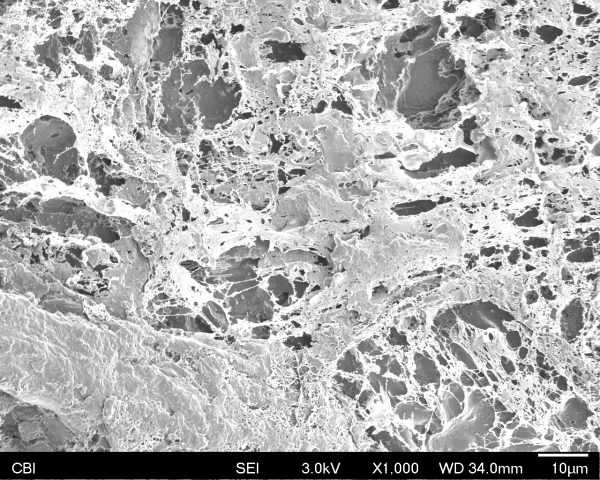 Here it is zoomed in on some cool alien planet lump: 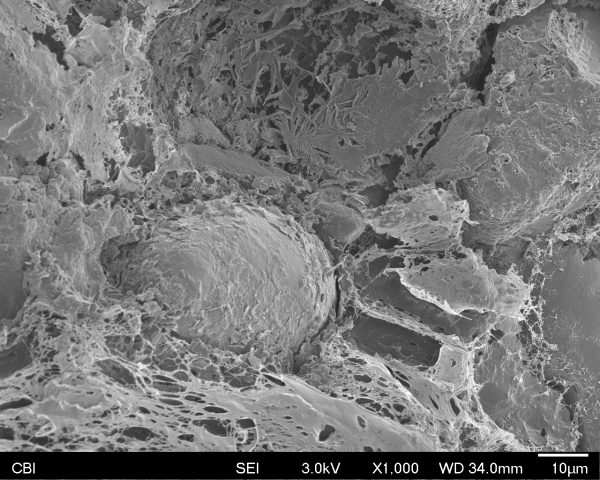 This morning I took an Ibuprofen because my stomach hurt and I just stared at it for so long because now I know that there are entire worlds contained inside this tiny thing I’m about to eat.

I was originally worried that my sample would look really boring, because of the coating that companies put on pills. However, since the pill had been rattling around in my backpack for so long, the coating had worn off in places. The really interesting images came from zooming in on the spots where the coating had worn off. There were a few other locations with tiny bits of the coating chipped off where you could see some of the cool spider-webby stuff hidden just behind a crack in the smooth surface.