I was inspired and interested in the concept of actually getting to know my partner for this project. I didn’t have any set ideas or plans in the beginning so I kept my project open ended. One thing I knew for sure was that I wanted to create something time-based, so I was inspired by Koyaanisqatsi and Jean-Luc Godard’s Kuleshov. My idea was to somehow document and portray our growing relationship.

Part 1: Getting to know my partner

I started off by stalking her and trying to capture her natural essence and mannerisms. By doing this, I though that I’d be able to find one character or habit that I would concentrate on, but that was very difficult for me. It’s really difficult trying to grasp someone’s quiddity.

This is one of my many attempts in trying to capture my partner without her knowing. We also hung out a good amount apart from me just following her. We talked in studio, did homework together, and tried to get to know each other. 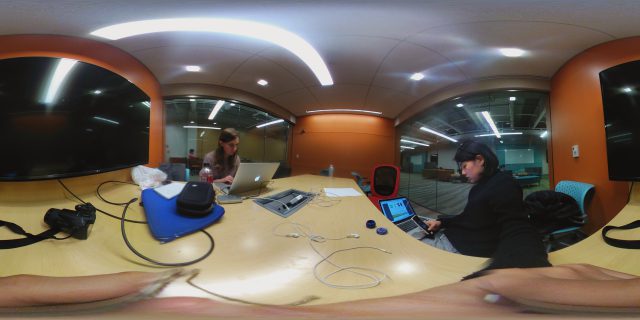 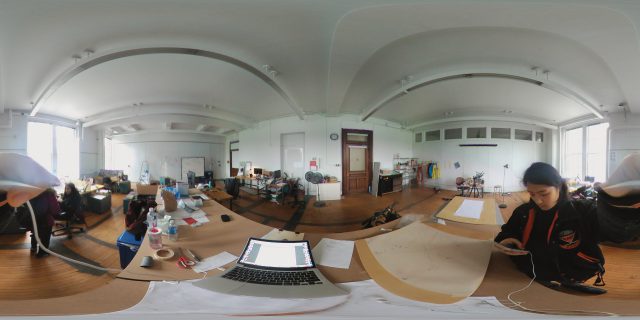 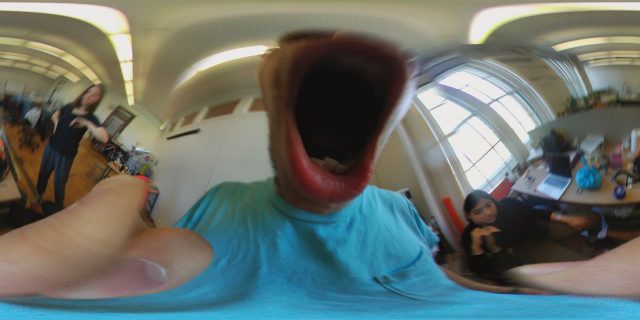 I played around with the 360 camera a lot before deciding to use it. 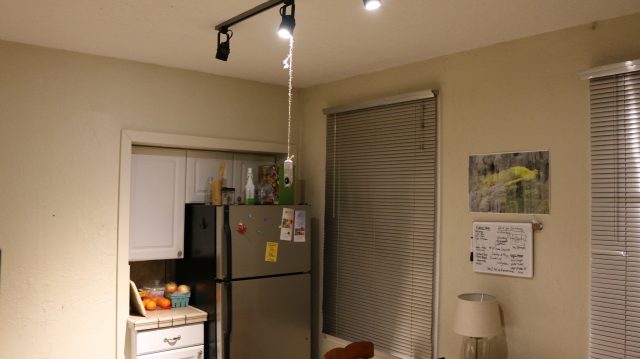 I’ve been thinking to hang out at her house because I wanted to see what it was like. My thought was that it would be great to capture my partner at her own house and the 360 camera would be able to capture the environment. This dinner was definitely the push to our friendship. I was able to hang the 360 camera from the ceiling so that it could really capture the entire space. I also set up a dslr to capture different angles, but didn’t end up using any of those footages.

When I was playing with the 360 cameras, I liked that a sense of depth was very present. I originally was thinking of making a time-based piece but faking the sense of depth through really good editing. Thanks to OpenFrameworks and the Timeline add-ons there was no need for faking! It was great getting a taste of OF, and I definitely want to continue to do more with it.