Skip to content
Update: As of 2020, an updated documentation for this project is now on my website at hiz.al/mexico.

For this piece I searched all over the world for interesting patterns viewable from a birds-eye perspective. My tool of research included Google Earth and a few “aeronautical photography” compilations on the web with interesting ideas for locations. Below, you can find some of my other tests of locations, but for the final piece I decided to go with a subsection of Mexico City. I chose this because it was geometrically compatible when duplicated, and there were plenty of nearby locations in Mexico City with appropriate “filler textures” that could help reduce the replicated/patterned look of the final composition, and allow for some randomness and uniqueness. I also found the octagonal shape to be quite pleasant to look at. 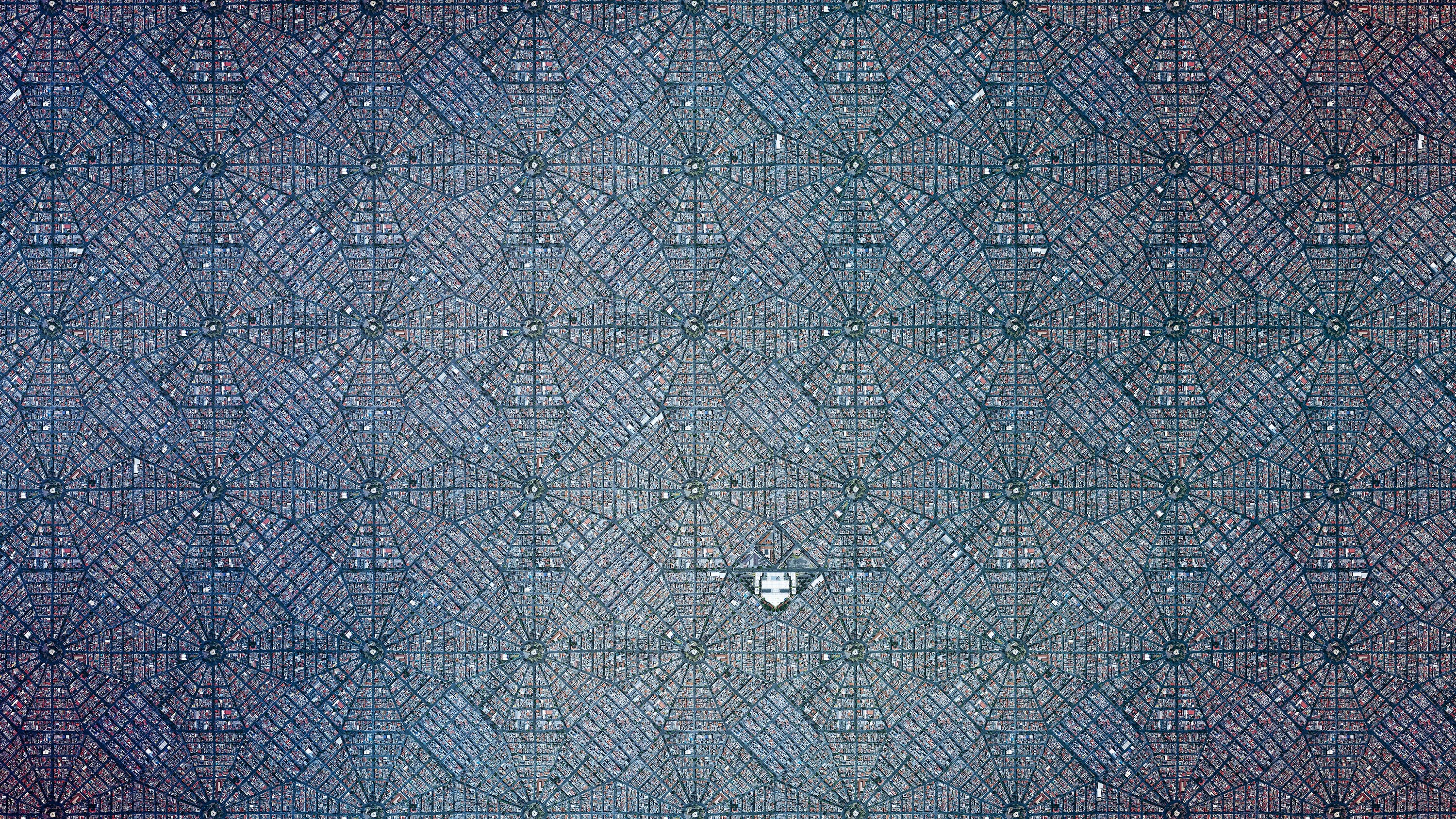 In order to create this piece, I first used photo stitching (using tools similar to AutoPano to stitch multiple photos together to create one large hi-res image) to create a high resolution rendering of the “square”. I scanned it top-down block-by-block to gather the screenshots to be stitched. Here is the original location in Mexico City: 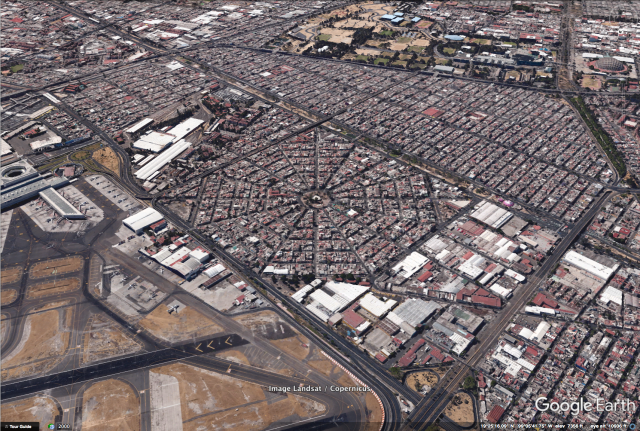 After creating the stitched image, I started duplicating it and rotating it (to break up patterning) manually, in an ever-expanding state. I filled gaps in with other parts of the city and blended any seams manually as best I could. Here is a close-up of the block duplicated 4 times. 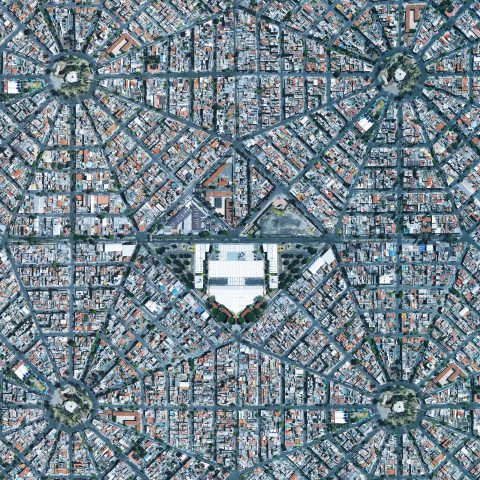 After creating the composition, I started going in and finding obviously repetitive locations and clearing them up to be more unique. Unfortunately I did not have time to finish this process, and I didn’t have the chance to change the center of each octagon (the most obvious repetition at this state), as well as other small locations. Here’s a gif portraying the before/after of the “cleaning” I did:

Lastly, after giving the entire image a overlaid texture to simulate different lighting conditions (from clouds/atmosphere) and scale, I animated a short video using Premiere, to demonstrate the detail that you can zoom in to. The final form of my project is a 2D image, preferably printed to a very large scale so the audience can look at it from afar, or walk closer to it to see detail. The video was meant to replace that for digital purposes. Unfortunately, the final image is too large to be uploaded online (500MB jpeg file).

If I had time, I would do more locations and perhaps automate (write a computer script) to generate infinitely expanding versions of cities. One such city I think would be most suitable for computer-generated cities would be Barcelona, as seen below.

Here are some other locations I considered, and my preliminary patterning: 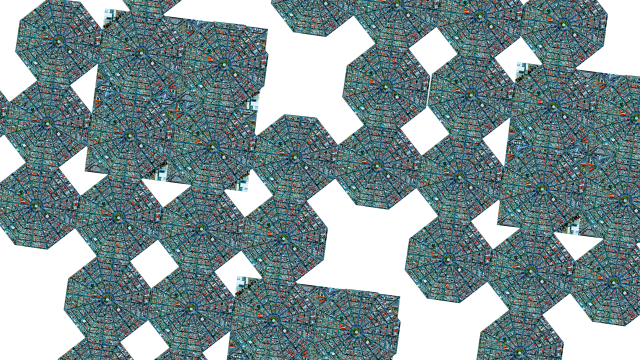 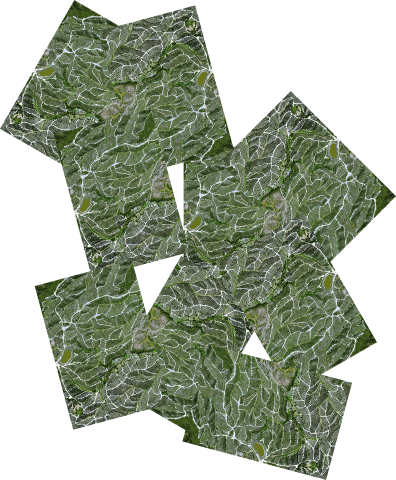 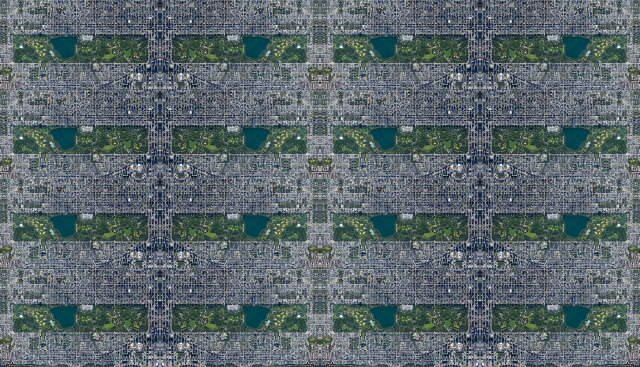 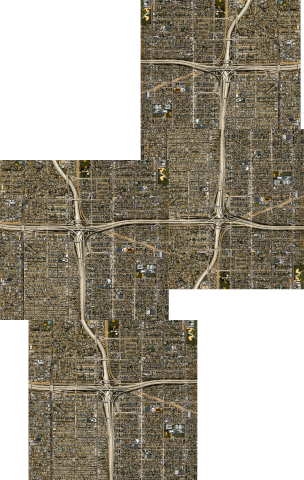 One thought on “hizlik- Place”