THE PULSE OF SHIBUYA

I decided to capture a place that has been fascinating me ever since my first trip to Japan: Shibuya crossing in Tokyo. The amount of people who cross the road in any direction (almost feeling too disorganized for Japan) is just huge and there more than ever you can feel that Tokyo is one of the most densely populated cities in the world. I wanted to somehow capture the motion, the dynamics, the hustle and bustle of that place. 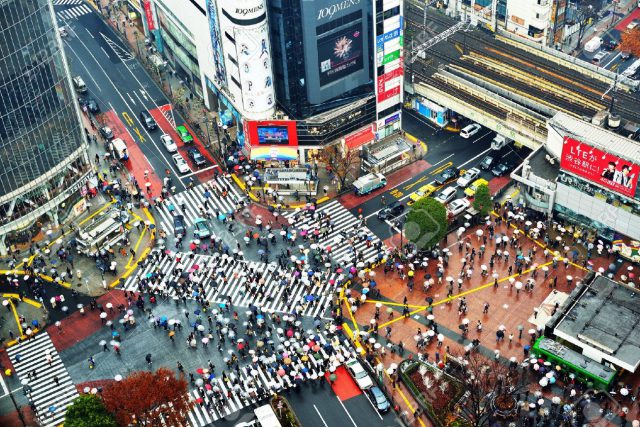 I quickly discovered that there was a live stream of that crossing which could be accessed on Youtube at any time at the following link.

I was inspired by the work of Kyle Mcdonald, who managed to get a sense of the life in Piccadilly Circus in London thanks to a webcam (http://www.exhaustingacrowd.com/london), and decided to use this feed as my input.

Getting the Live Cam… On Windows!

The first part of my work, which actually lasted way longer than I thought, consisted in getting the live stream from Shibuya to my computer. This was not trivial: The Camera IP was not available to the public and Youtube doesn’t provide a way to access it due to its privacy policy. I somehow managed to get the HLS URL of the video through the command-line program “Youtube-dl”. However, this link didn’t seem to work on regular video decoder such as VLC (only the first frame showed up). After days of tweaking with this, I finally used another command-line software called “FFMPEG” to stream back this link to a port of my computer using a UDP protocol.

The stream was now available on my computer once I decoded it through VLC. You can see in the following picture that I actually get the camera feed more than one minute before Youtube published it.

If VLC was able to decode the video through UDP, I now had to do it in OpenFrameworks. After having a few unsuccessful attempts, and more time spent than I should have, I decided to move to the Computer Vision part and to use a 90 minutes recording from the webcam that I got through FFMPEG.

Future work will consist in either finding a better protocol than UDP to stream back the camera feed, or decoding the UDP stream in OpenFrameworks, perhaps using the same method than the one used in the ofxIpVideoGrabber (https://github.com/bakercp/ofxIpVideoGrabber) but using UDP protocol (and OfxUDPManager) instead of HTTP.

What to do with it

– Getting the position of the people in the video? Took measurements of the place through Google Maps 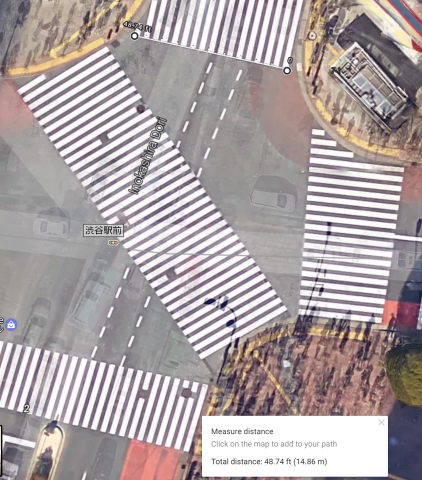 – Played with OpenCV reagular addon. But contour finder didn’t provide the information I wanted. Too complex to filter the important information 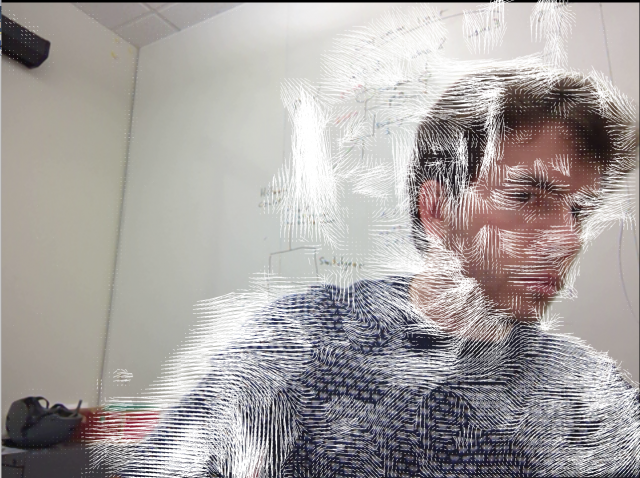 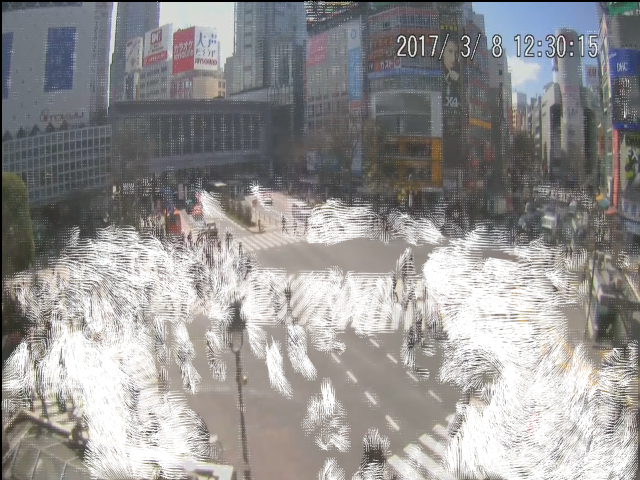 – Started monitoring two factors: speed and movement. Differentiate cars and people. Will have to be adjusted based on the time of the day. But nice overview 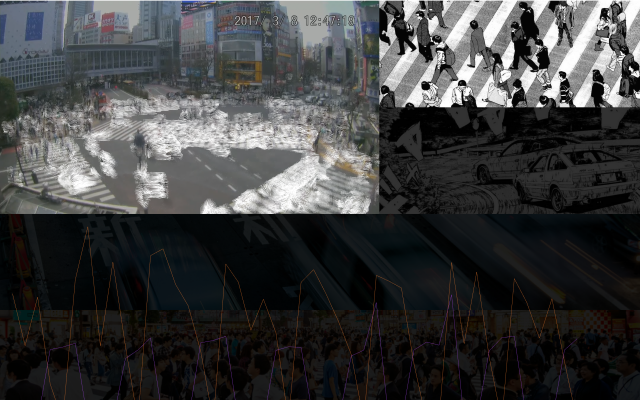 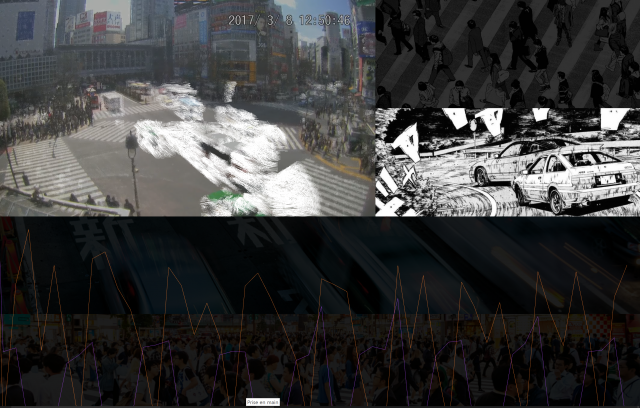