For my portrait assignment I decided to make a digital reproduction of gloeilamp’s interaction with bioluminescent plankton. To achieve this, I decided to use a technique called slit scanning in order to recreate the flow of water with a supplement of water projections and blue glow sticks to recreate the chemiluminescence.

I particularly enjoy slit-scanning as a method because it very literally plays with the way one sees and perceives time. The reason I decided to depict this specific event instead of one that might have been more personally relevant to my subject is due to my own interests. Most of my work involves time, space or narration in one way or another and thought it would be interesting to depict gloeilamp through my eyes instead of her own.

I am mostly satisfied with my project as I got pretty close to my initial idea. I really would have liked to know my subject better before making a portrait of her (it would have added some complexity to the concept) however I do feel like I got to know her through the entire process. I am also disappointed that the shots didn’t turn out as high quality as I would’ve wanted to. The camera I used probably wasn’t the best for low light settings and I should have checked on my computer screen before leaving the studio. I was stuck in an odd place between wanting high quality footage and it not being the most practical option for processing rendering. 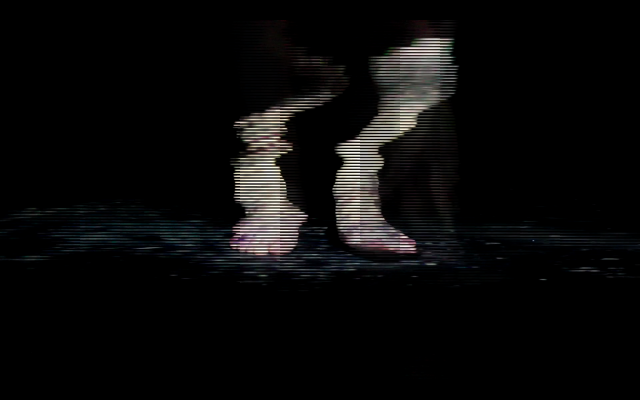