I’ve had my pet Mali Uromastyx lizard, Typhius, for about ten years now. Uromastyx lizards may be mostly drab in color, but they certainly have interesting scales, so scanning some shed skin from my pet felt like a natural choice for the SEM. 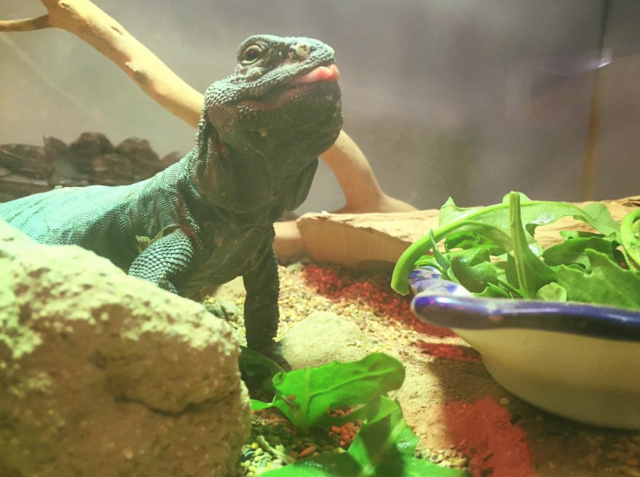 Even under a cheap cell phone macro lens, the scales look pretty neat: 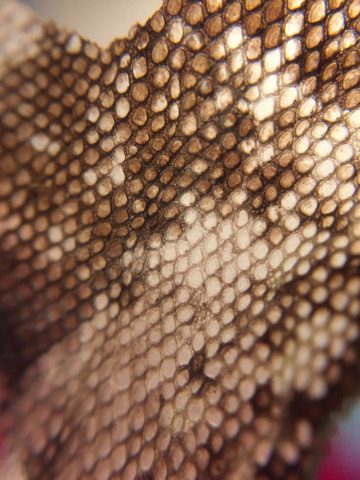 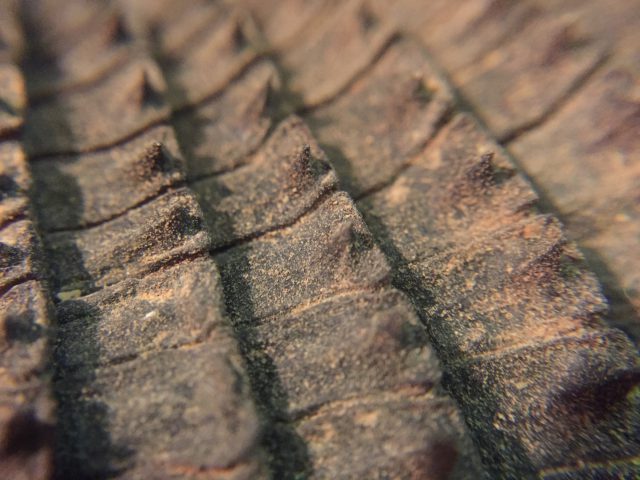 For the sample, I chose a section of skin from near the base of Typhius’s tail. The scales there were pointy looking, but small enough that I had a hard time really examining their geometry. Even at the lowest magnification, in the first picture, the forms looked incredible and revealed some hidden features between the large scales; moving in to 80X and the minuscule surface texture of the scales themselves began to reveal itself!

An interesting feature of this second image is that there seems to be a “light” illuminating the inner geometries. Donna said this was probably due to the electron beam being caught bouncing around under some of the scales, thus increasing the exposure on the sensor and creating the illusion of an extra light source.

The third image shows the highest level of magnification that we looked at the scales under- 450X. At this level, the tiniest surface textures become jagged and rough, going so far as to even reveal the edges of the individual cells! How incredible- this tiny piece of shed skin has revealed itself as an immense alien landscape. 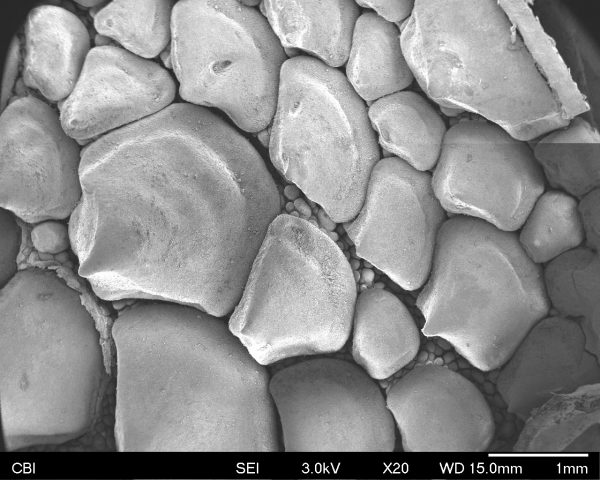 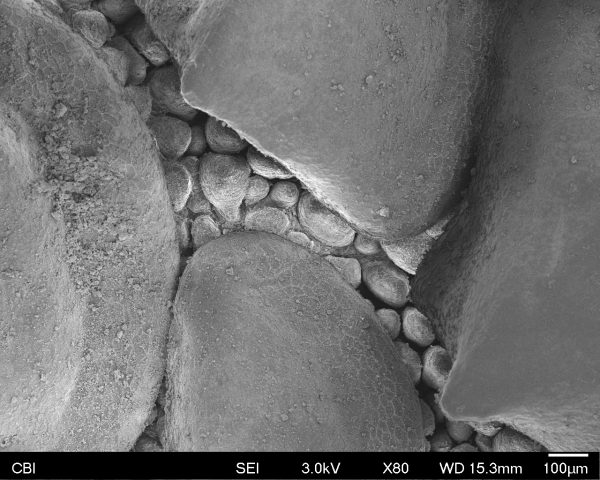 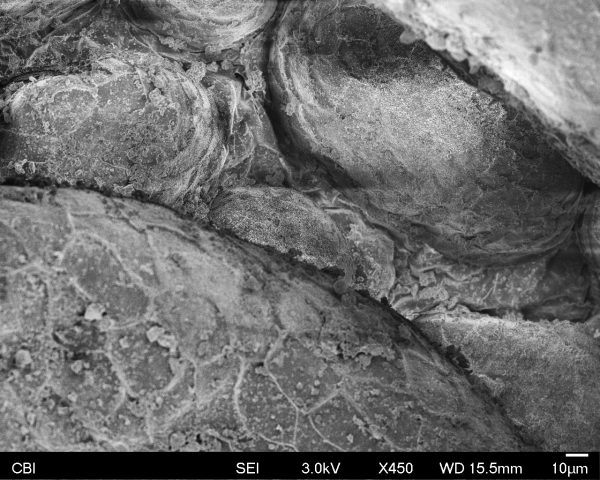