Skip to content
Update: As of 2020, an updated documentation for this project is now on my website at hiz.al/sem. 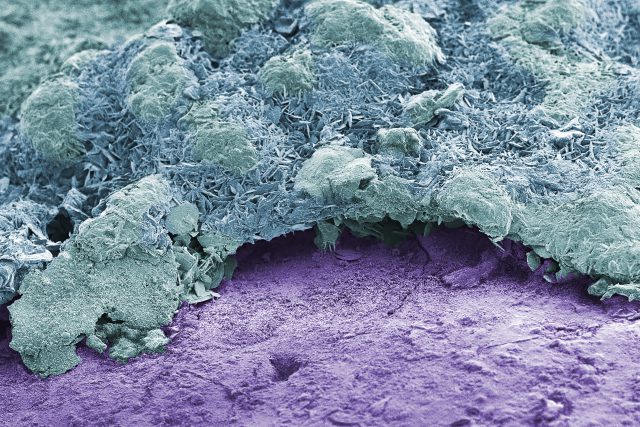 I scanned a little, purple rock picked up from the dirt of a potted plant within Zebra Lounge in the CFA. I learned quite a few things during the scanning. For example, slightest vibrations in the building itself can blur or skew scans! Also, in addition to the scanner using electrons rather than optical imaging, the reason why something at this scale has no color is because it is smaller than colored light itself! For example, purple (the “smallest color” in terms of wavelength, has a wavelength of 400nm, while our scans could be as little as 10nm! I also learned that she needs to add a special liquid to function as a “ground” for the electrons that don’t bounce pack, to prevent static/unintended “light” in the images.

As I scanned the rock in the lab, we found a lot of interesting little things on it. Aside from the expected cracked paint, we found what could be carbonate crystals, possibly from the plant itself. The image above is an example of the carbonate build-up on top of the paint, and below is a close-up view of the crystals. 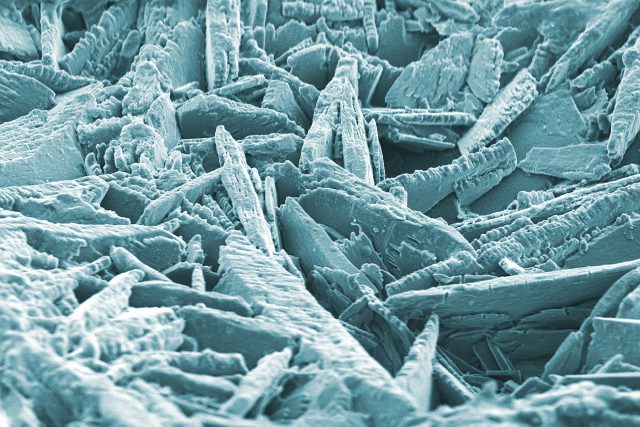 and it looks like we also found some bacteria colonies (below). The left shows a possible mucus excreted by the bacteria to “contain” them in a moist environment. 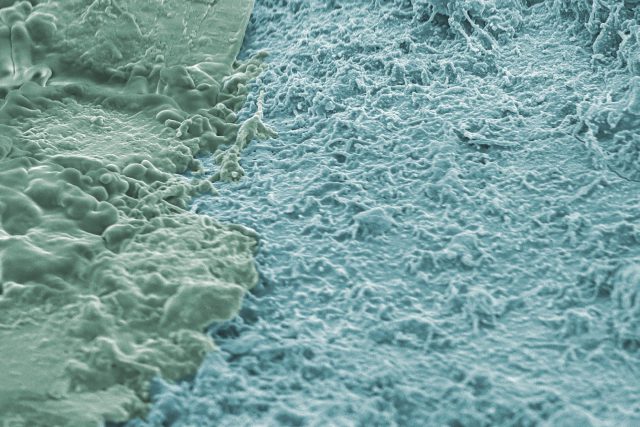 Here is a view of the paint cracks: 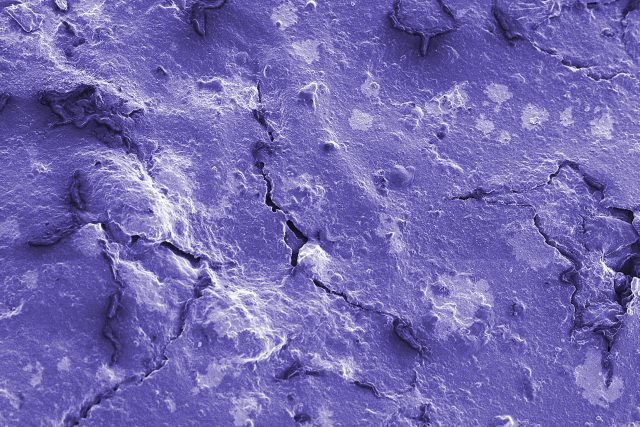 Here is the edge of the rock, near the top where there may be carbon buildup. It creates a sort of landscape: 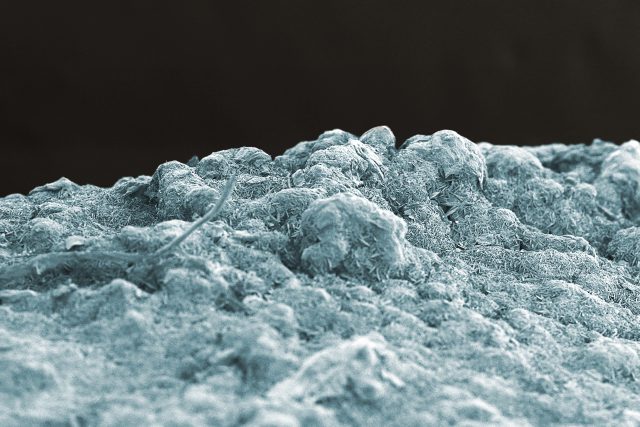 And a zoomed-out view: 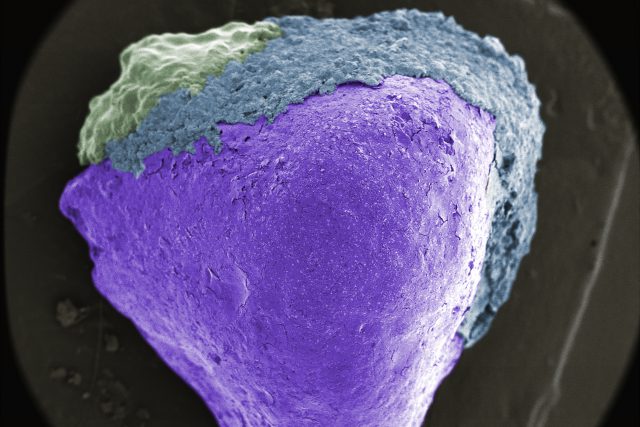