For the portrait project, I was interested in exploring ways to capture the physicality / physical presence of my portrait partner. In my work, this is something I am almost always searching for, and in this course we have been exposed to many different ways of capturing, or making visible, the human body. I gravitated almost immediately to the Edgertronic ultra high speed camera, for its high image quality and ability to significantly stretch time in visual form. I was interested in capturing my partner’s breathing and pulse after undergoing an act of physical exertion, in a way that also reflected traditional portraiture. For this project, I found touchstones in the work of Collier Schorr, Marilyn Minter, Rineke Dijkstra, and Bill Viola. I wanted to see what the high speed camera could capture that I wasn’t able to capture on a DSLR at 60fps. I ended up shooting these portraits at 900fps. A 7 second recording was then stretched to over 3 minutes.

We shot through a window, and I was interested in visualizing her breath on the glass, and also the trickle of water down the glass. I wanted to create a portrait that allowed the viewer to sink into the image, to slowly realize that what they were seeing was not in fact still or static, but was living and breathing. I used a very shallow depth of field, and chose to focus most clearly on the water droplets, to emphasize the surface of the image, an attempt to recreate the feeling of looking through a pane of glass. By showing the portrait on a vertical monitor that is the exact aspect ratio of the image, I aimed to turn the monitor itself into the window – a further attempt to highlight physicality in space. 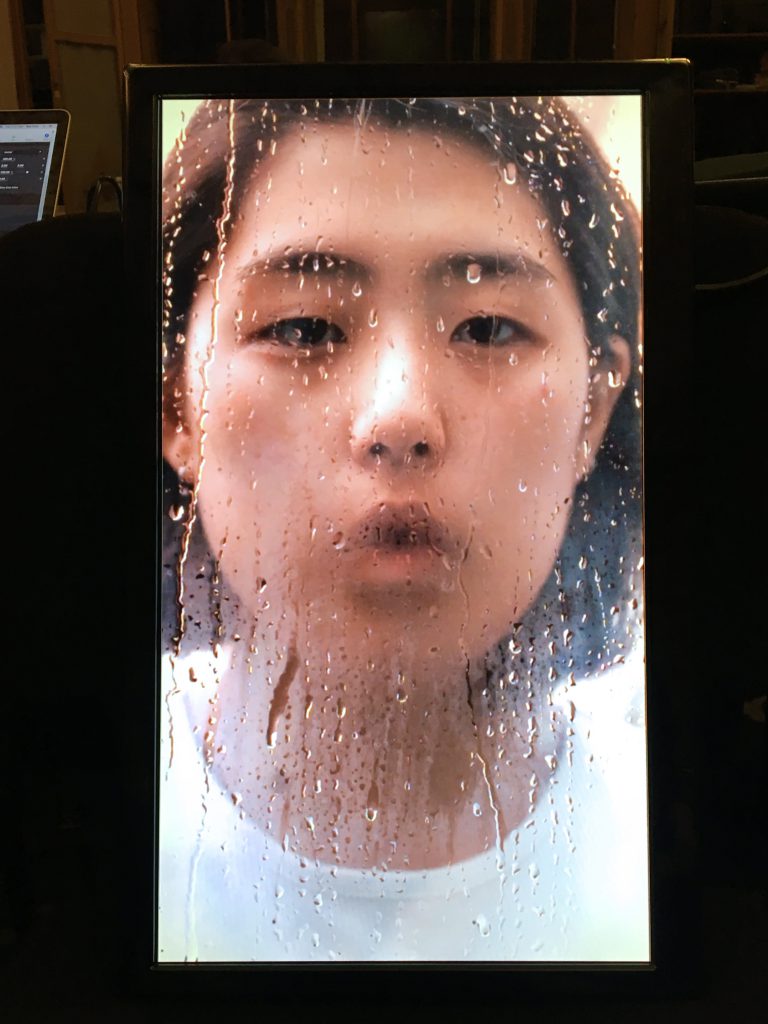 I also created a triptych version of the portrait:

In addition, I was planning to film my partner after she ran / physically worked her body up to a higher pulse/breathing rate and capture this embodied process, but this was not possible on the day of filming. We tried, but it became clear that in order to capture what I was hoping to witness, the “physical exertion” process would have to be significantly more intense than we were able to do that day. So we returned to the visualization of breath / moisture, and focused on the window shoot. I was happy with what we were able to capture, and feel I did succeed in my goal of capturing an aspect of my partner’s physical presence.

In the future, I would like to continue exploring physicality through capture methods, and would like to get MIT’s Eulerian Video Magnification scripts working with these videos. I attempted to do this, but was not satisfied with the visual quality of the OpenFrameworks addon, and was unsuccessful in getting the MATLAB or Python versions of the script to compile. Eulerian Video Magnification, or EVM, magnifies and amplifies small color changes or movements in video, and has been used to visualize pulse and breathing in babies and medical situations. I would be interested to see what affect this might have on a portrait like the one I created. I’m also interested in working with near-infrared to visualize pulse, and potentially MRI / ultrasound data – and specifically finding ways to integrate these computational / data-driven processes into immersive/sensual/visual culture imagery and experiences. 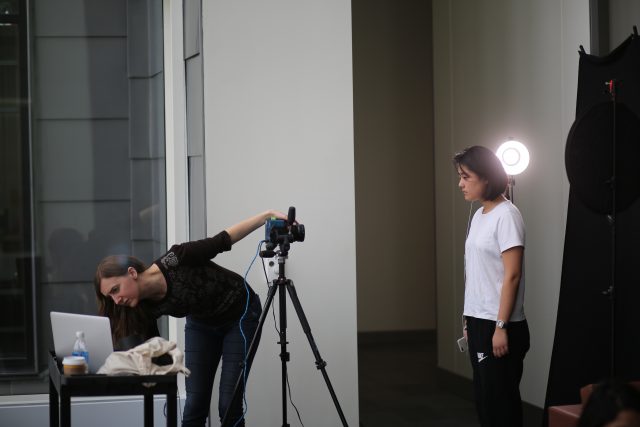