For my portrait I used a live-image slit-scanner controlled via a custom OF App and the Griffen PowerMate to capture images of fourth. This blog post describes my project in three steps:

Near the beginning of my exploration into machine-based portrait capture, I read Golan’s overview of Slit-Scanning and started thinking a lot about how differently artists had approached the simple rudiment of assembling a series of captured slits. For my project, I didn’t want to create a new one of these approaches for my portrait subject, fourth, as much as create a machine that would allow an artist to create their own algorithm physically. To enable the creation of this portrait machine, I worked with a jog-wheel Human-Interface Device called the Griffen PowerMate (controlled via ofxPowerMate), which would paint slits to the right of the starting location when turned clockwise, and to the left when turned counter-clockwise.

In effect, this allows an artist to craft custom-slit-scan works with a high degree of personal expression and control. In the below video, you can see me painting in fourth’s portrait using the custom OF app I created for this project.

Video of OF App Working 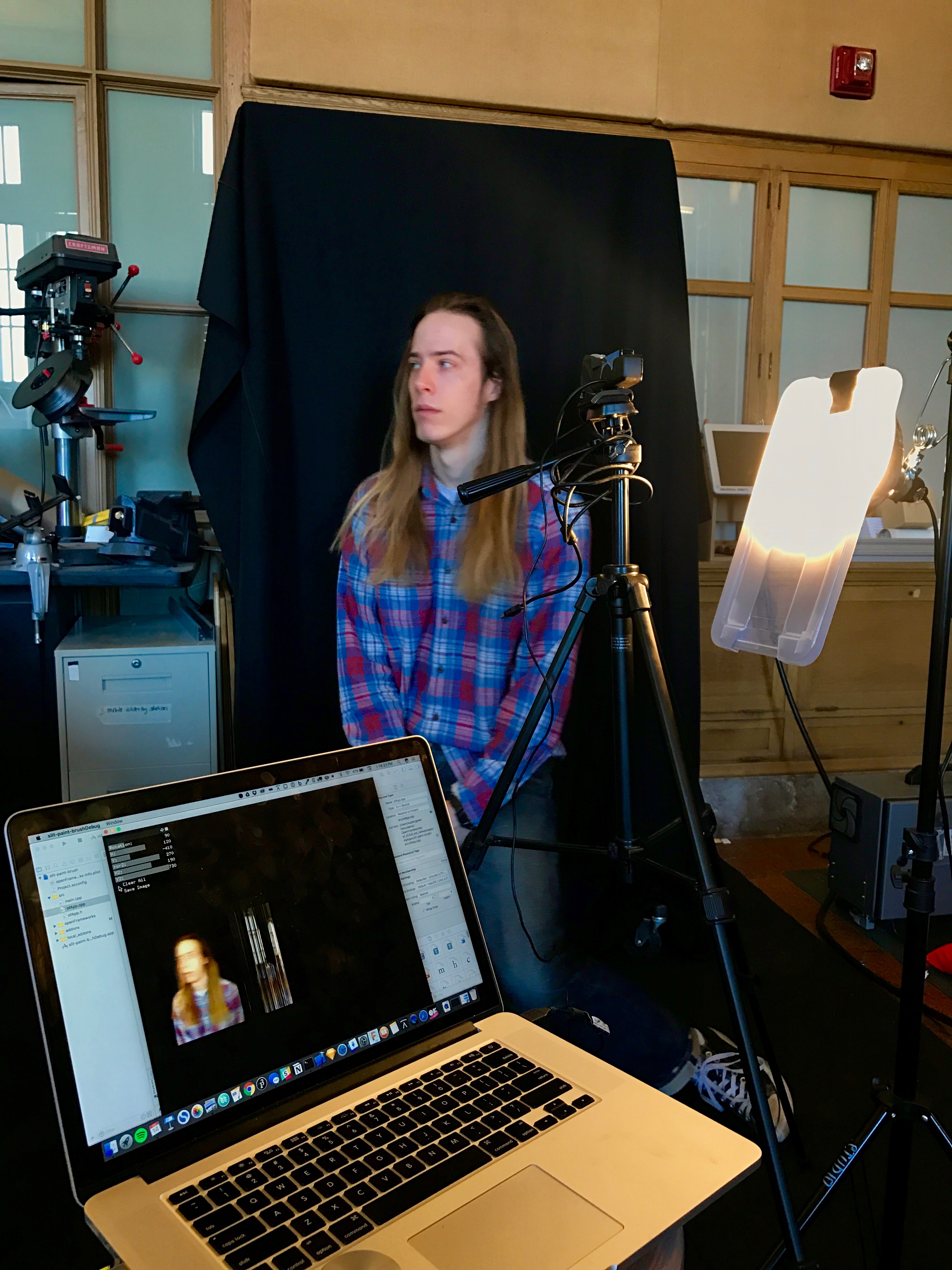 Though my capture system works, I believe there’s significant room for future improvement. Going forward, I’ve been thinking about a number of areas where I could iterate this project: