I was really inspired by Philipp Schmitt’s Camera Restricta, and wanted to use a similar method of crowd sourcing data while using geolocations. Therefore, I made a machine that given a latitude longitude coordinate and a picture taken at the location, will crowd source pictures that people have posted online and fuse them to create a single picture of the location.

First, I wrote a Python script using Temboo/Flikr API to extract all the picture information given a latitude longitude coordinate as input. I was able to get over thousands of images with one coordinate if the location is a popular spot, which was exactly what I wanted. Next I wrote another Python script to download all these images and save it somewhere in my laptop. However, I realized that it wasn’t realistic to use all the images at one location, since, people take such drastically different pictures. I had to figure out a way to pick our the pictures that looked closest to the “picture I am taking”. With Golan’s help, I was able to use the Openframeworks add-on ofxTSNE to create a grid that sorts all the photos by similarities. 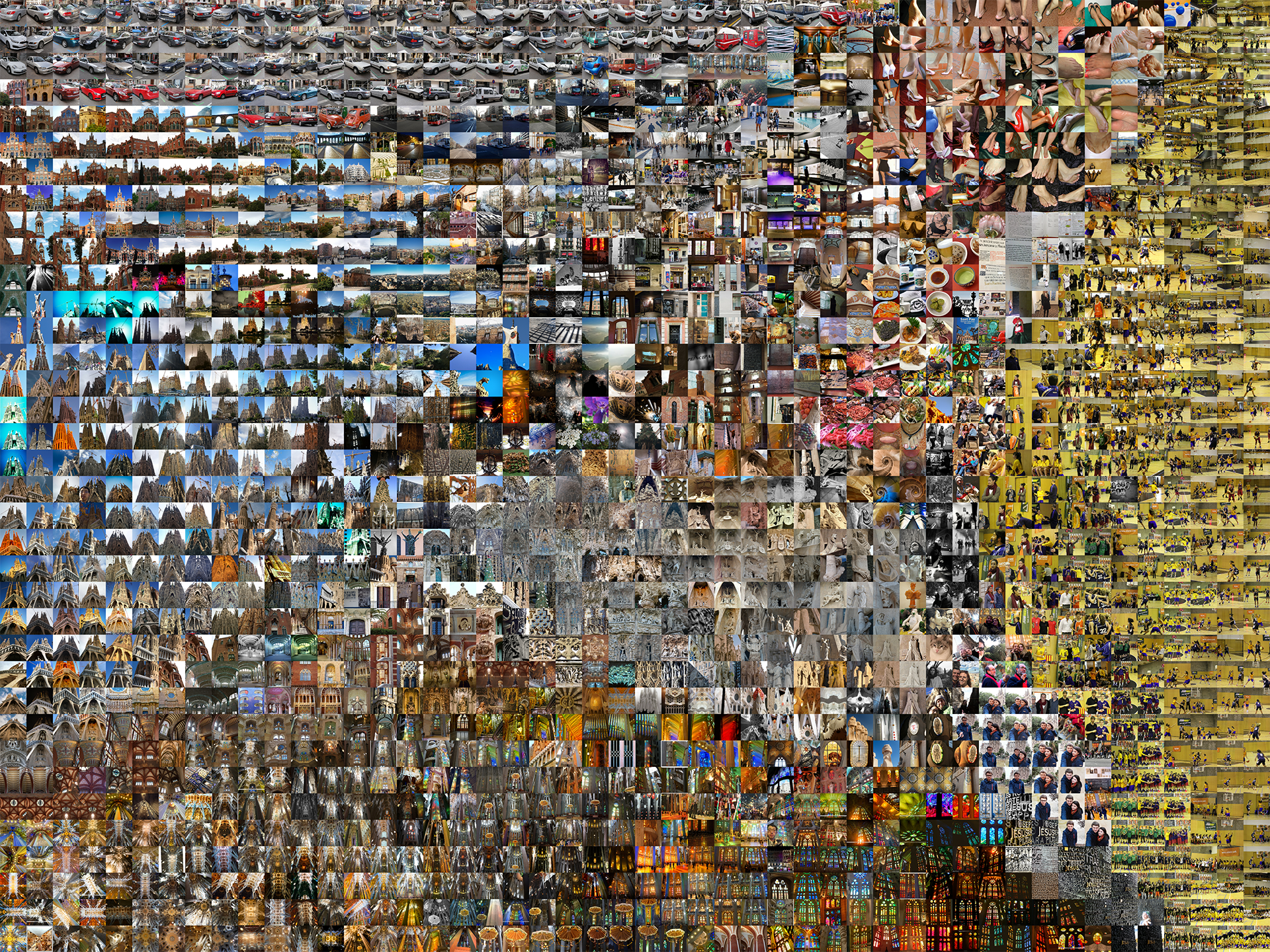 Finally I used a 7×7 grid to find the closest 49 pictures in the TSNE grid from a given image (ideally the image that I take), and put these batch of pictures into Autopano.

The results turned out better than I thought. Some were fairly normal, and just looked like a shitty panorama job, and others turned out super interesting. Below are some results with anti-ghost/simple settings. 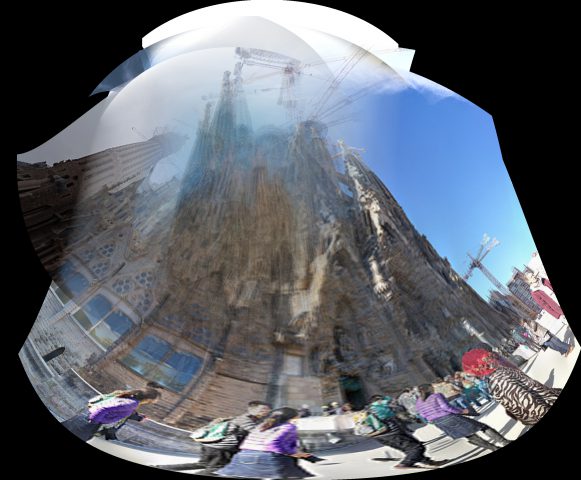 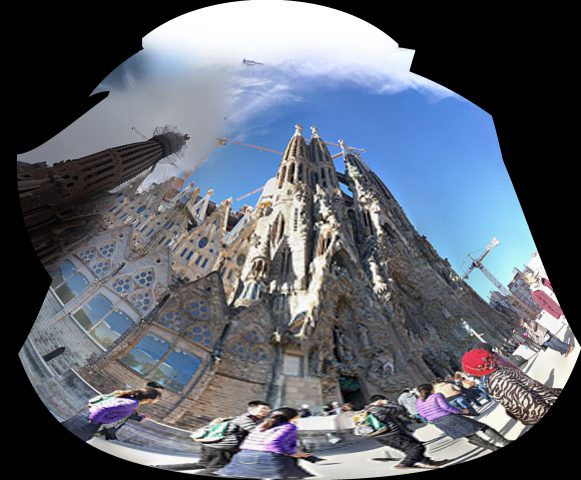 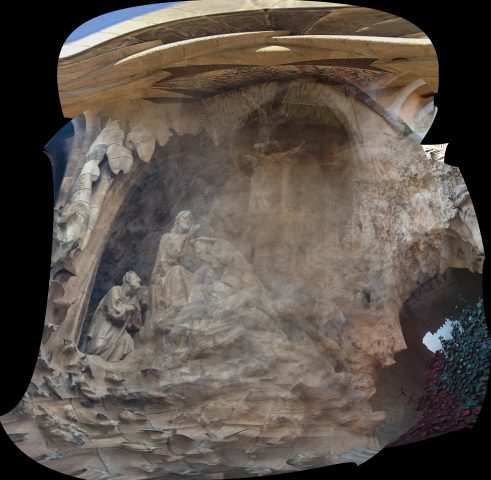 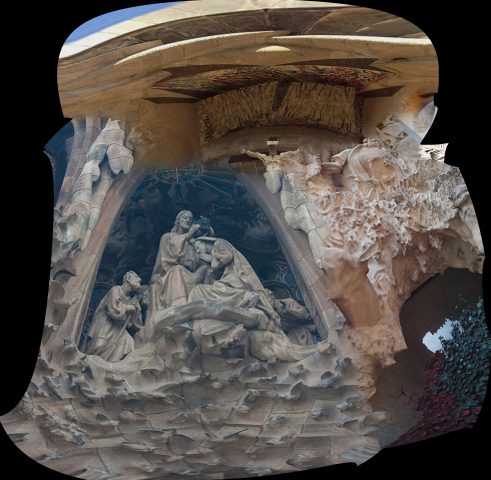 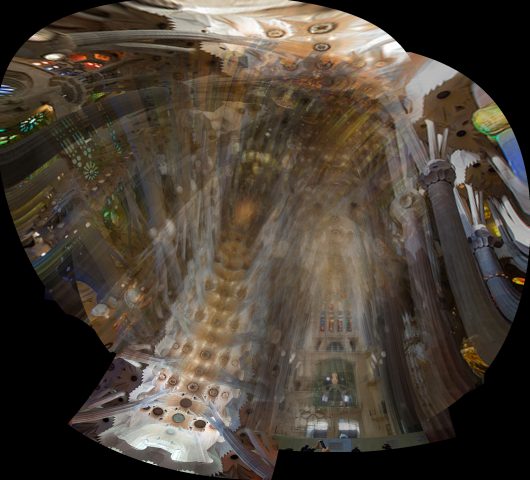 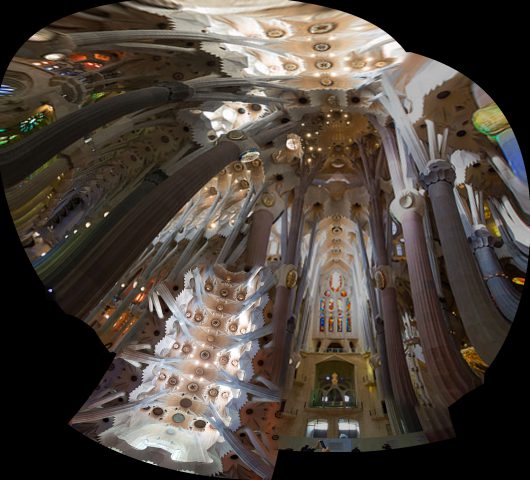 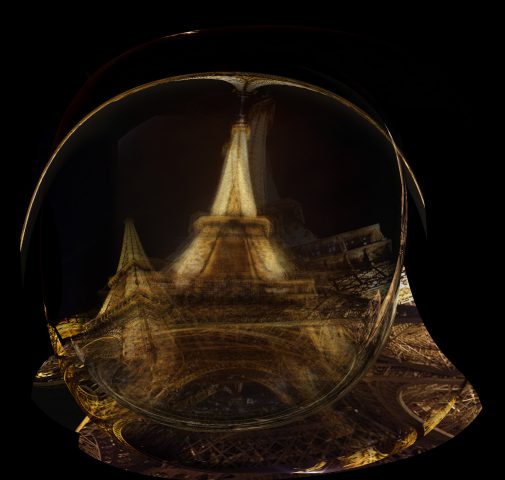 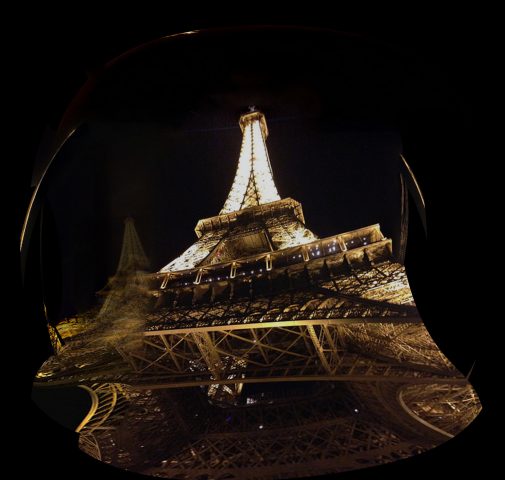 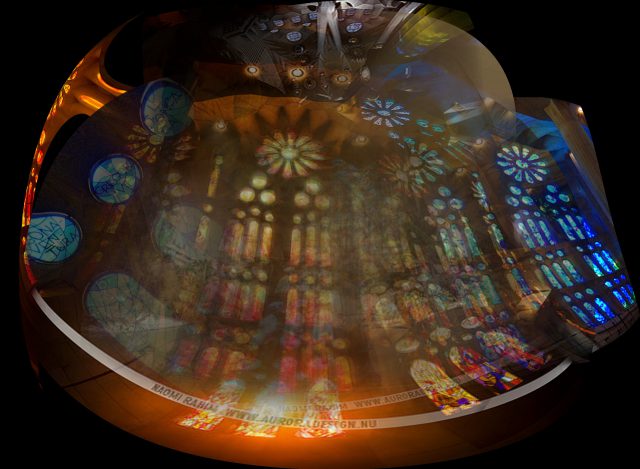 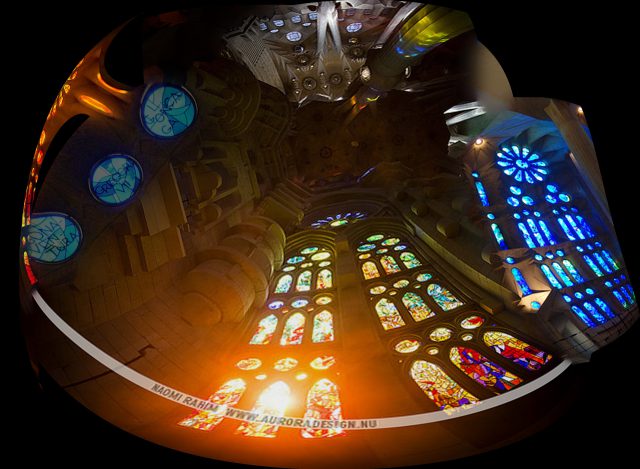 Overall, I really enjoyed working on this project and was really impressed with my results. Since I’ve never worked with Autopano, I did not know what to expect. Therefore, it was very rewarding to see the results of this experiment, which turned out to be better than what I expected. Some things that I hope to do to expand this project is to create an actual machine that can do this in real time, and figuring our a more efficient way to filter through the pictures.